ISLAMABAD - The leader of the Pakistani Taliban, Hakimullah Mehsud, and two of his top lieutenants were killed in a drone attack in North Waziristan on Friday, intelligence and Taliban sources have told Anadolu Agency. 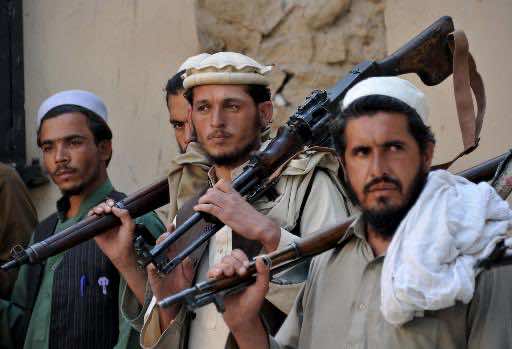 ISLAMABAD – The leader of the Pakistani Taliban, Hakimullah Mehsud, and two of his top lieutenants were killed in a drone attack in North Waziristan on Friday, intelligence and Taliban sources have told Anadolu Agency.

“Mehsud’s vehicle was targeted by a missile when he was coming to attend a meeting at a home in Dande Darpa Khel village, which later was pounded by three missile,” an intelligence official told AA.

He went on to assert that Mehsud, leader of the Tehrik-e-Taliban Pakistan (TTP), an umbrella of all Taliban groups fighting in Pakistan, was in the vehicle when it was struck.

The two other senior commanders killed with him were thought to be Tariq Mehsud and Abdullah Mehsud.

The intelligence official suggested that Latif Mehsud, a close confidante of Mehsud reportedly seized from Afghan custody by US forces last month, had helped the CIA locate the TTP chief.

Another security official suggested that Mehsud, Pakistan’s most-wanted militant, had been inside the Dande Darpa Khel village home when it was targeted.

At least four people were confirmed killed and three others injured in the drone strike.

A tribal leader in the area told AA by telephone that the targeted vehicle had belonged to the TTP chief.

He said the Taliban had cordoned off the area after the strike and that local residents were not allowed to venture out of their homes.

Tribal sources say Mehsud had been moved to Miranshah Agency Hospital after the attack, but that he died before getting there. His body was reportedly badly charred.

The sources said that funeral prayers would be held on Saturday at an undisclosed location in North Waziristan.

There was no government confirmation of Mehsud’s killing as of the filing of this report.

A Taliban spokesman was not immediately available for comment.

This is not the first time reports of the death of Mehsud have made headlines.

Reports of his death also circulated in 2009, but he surfaced months later.

Mehsud, in his early 30s, had been nominated for the post of TTP chief after the killing of his predecessor and TTP founder Baitullah Mehsud, killed in an August 2009 drone attack in South Waziristan.

They both hail from the Mehsud tribe of South Waziristan, once a TTP stronghold.

The militant group was forced to leave South Waziristan after a military campaign launched in response to a brazen TTP attack on Pakistani army headquarters in the garrison city of Rawalpindi in October 2009.

Observers say Mehsud’s death will be a major blow to proposed peace talks between the government and the Taliban aimed at ending a decade-long insurgency.

Maulana Fazl-ur-Rehman, chief of the Jamiat Ulema-e-Islam, one of Pakistan’s two mainstream religious parties and a peace broker between the government and the Taliban, believes Mehsud’s death will undermine peace prospects in the restive tribal area.