CAIRO - Controversial Egyptian satirist Bassem Youssef's host television channel suspended his programme on Friday, a week after he returned from a four-month break and fired barbs at the country's military. 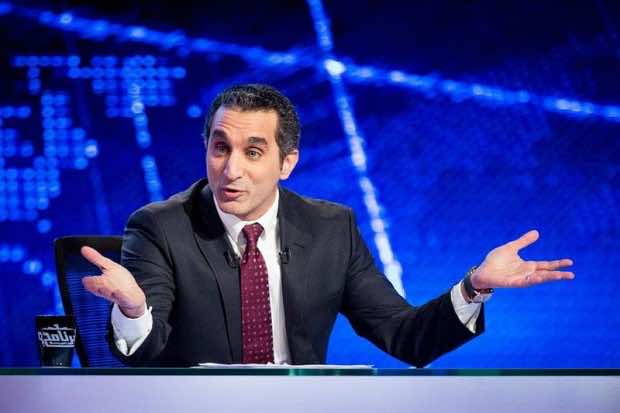 CAIRO – Controversial Egyptian satirist Bassem Youssef’s host television channel suspended his programme on Friday, a week after he returned from a four-month break and fired barbs at the country’s military.

Youssef, known as “Egypt’s Jon Stewart” after modelling his Al-Bernameg (The Programme) on the US comedian’s popular satirical news programme, had already run afoul of Islamist president Mohamed Morsi, who was ousted by the
military in July.

On Friday, the CBC channel that airs Youssef’s show pulled the plug.

“The channel has decided to suspend Al-Bernameg. The CBC board confirmed that today’s episode indicated that the producers and presenter insisted on violating the editorial policy of the channel,” the network said in a statement read out by a presenter.

It did not elaborate on how the editorial policy had been violated, but said the show would remain suspended “until the technical and commercial problems are solved.”

In last week’s episode — the first since Morsi’s ouster — Youssef did not spare the military, provoking fury from some spectators.

He mocked the media coverage of the overthrow, particularly exaggerated claims about the number of demonstrators who took to the streets on June 30 — to call for the Islamist government’s resignation.

The ex-heart surgeon even mocked the country’s new military-installed interim government, in which Adly Mansour is president but army chief General Abdel Fattah al-Sisi is widely seen as calling the shots.

Sisi is leading the popularity charts in Egypt since the ouster of Morsi, with the general’s posters displayed across the country. 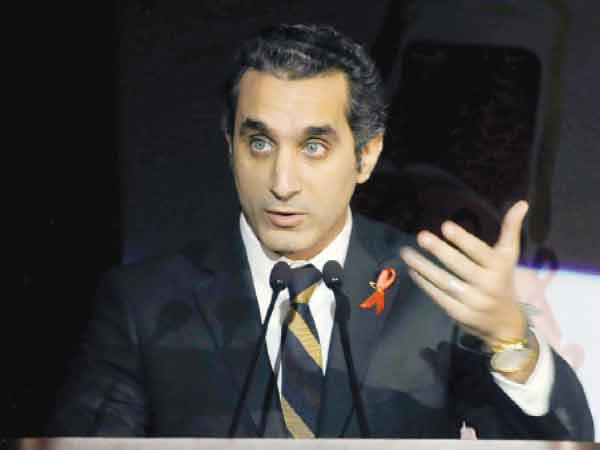 Bassem Youssef: A satirist on a razor’s edge