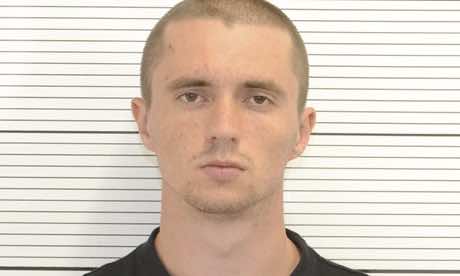 By
Larbi Arbaoui
-
Larbi is a freelance writer and assistant editor at Morocco World News.
Nov 2, 2013
Spread the love

Taroudant, Morocco- A white supremacist student from Ukraine was sentenced last Friday in London to 40 years of jail for killing a Muslim and planting bombs near three mosques, according to the Guardian.

Pavlo Lapshyn, 25, stabbed Mohammed Saleem, 82, who was on his way back from a mosque with the aid of a walking stick in Small Heath, Birmingham.

After his arrest, the extremist student, who came to Britain in April from Ukraine after winning a scholarship to pursue his studies, confessed that he was a violent racist and had planted bombs in three mosques in Walsall and Wolverhampton in June with the aim to kill Muslims.

The extreme white-wing student believes that successive attacks on Muslims places of worship would spread terror among them and push them to “to leave our area”.

In a statement, the Muslim Council of Britain said: “There will be some who will view his activities as those of a lone wolf.”

“But in a summer that saw an unprecedented rise in attacks on mosques and Islamic institutions, it is important for all of us to challenge anti-Muslim hatred, just as we challenge those who wrongly use Islam to carry out acts of violence,” the statement reads as quoted by the Guardian.

The increase in such xenophobic and anti-Muslim acts, which target Muslims and their places of worship, in Europe is a source of concern to Muslims and a threat to the multi-faith and multicultural societies in countries such as the United Kingdom.