Sanaa — Shiite rebels and Sunni Islamists have stopped fighting in a northern Yemeni town after reaching a ceasefire that was urged by the Red Cross, a military official said Saturday. 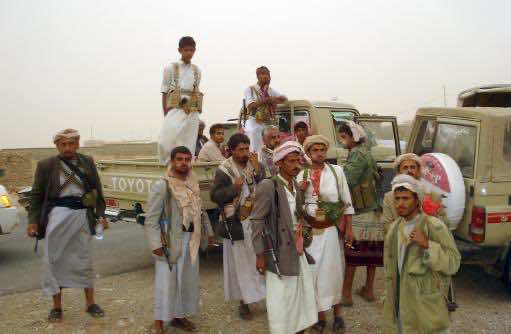 Sanaa — Shiite rebels and Sunni Islamists have stopped fighting in a northern Yemeni town after reaching a ceasefire that was urged by the Red Cross, a military official said Saturday.

Three days of clashes that killed at least 11 people ended at 5:00 pm (14:00 GMT) on Friday, the official said according to the defence ministry news website 26sep.net.

Troops have been deployed in areas evacuated by the two sides, he added.

The fighting with mortar and rocket fire had been concentrated on the Mazraa mosque and a Koranic school held by the Islamists in the village of Dammaj in Saada province and surrounded by Zaidi rebels, also known as Huthis.

Tribal sources put the death toll at at least 11, but the Sunnis have said the number of their people killed in the shelling was much higher.

On Friday, the International Committee of the Red Cross urged an immediate ceasefire to allow ambulances into the area.

The Red Cross’s Yemen director, Cedric Schweizer, said “every minute we lose waiting to get into Dammaj and the surrounding area is a potential life lost.

“We are calling for an immediate and solid ceasefire, which would allow our colleagues to evacuate the wounded and deliver life-saving care.”

Dammaj, where the school for Sunni preachers has operated since the 1980s, has been the scene of frequent clashes between Sunni Islamists and the Huthis, for whom Saada is a stronghold.

Thousands of Sunni Salafist Islamists demonstrated in Sanaa on Saturday in support of their co-religionists.

A statement by Ansarullah (Partisans of God) — the official name for the Huthi rebels, has charged that Sunni extremists had “transformed the centre of Dammaj into a real barracks for thousands of armed foreigners.

Last month, at least 42 people were killed in 10 days of clashes last in Amran province, also in northern Yemen, and in the central Ibb region.

The Huthis, named after their late leader Abdel Malek al-Huthi, rose up in 2004 against the government of ex-president Ali Abdullah Saleh, accusing it of marginalising them politically and economically. 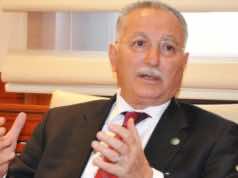