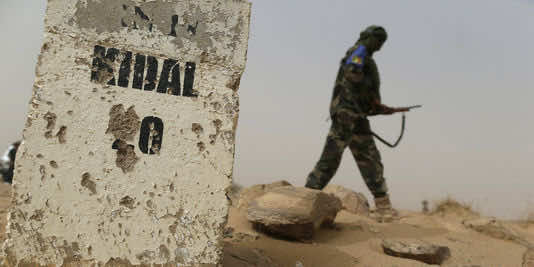 Claude Verlon and Ghislaine Dupont were on assignment for Radio France Internationale (RFI) in northern Mali when they were abducted today in Kidal, the governor of the city Adama Kamissoko said.

It is believed they were kidnapped “by four men aboard a Toyota,”  said Kamissoko. “They had left Bamako on Tuesday to go to Kidal,” he added.

According to French media, the two journalists were interviewing a leader of The National Movement for the Liberation of Azawad, a political and military organization based in Azawad/northern Mali, which is said to have links to Al-Qaeda. The kidnapping supposedly took place in front of his house.

RFI confirmed the kidnapping on its Twitter account. The French Foreign Ministry said it was trying to investigate such information.

According to military sources from Mali quoted by Reuters, both journalists were killed minutes after their abduction.

Wednesday, four French hostages in Niger were released after three years of captivity in the Sahara.

The event comes less than a year after the French operation in Mali, which started in January.