TUNIS- Tunisia on Sunday extended a state of emergency in place since its 2011 uprising, as politicians remained deadlocked in talks to choose a new premier at a time of rising Islamist unrest. 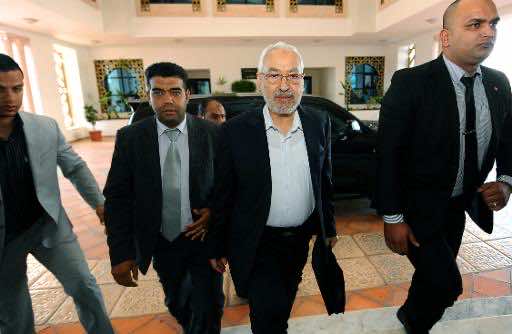 TUNIS- Tunisia on Sunday extended a state of emergency in place since its 2011 uprising, as politicians remained deadlocked in talks to choose a new premier at a time of rising Islamist unrest.

The presidency said it was extending until end of June the state of emergency, which has been renewed by periods ranging from one to three months over the past year and a half.

It did not explain the decision nor why the measure was extended by a full eight months.

The announcement came as the ruling Islamist party Ennahda and the opposition failed to meet a Saturday deadline to agree on a new prime minister to steer Tunisia out of a months-long crisis.

The UGTT powerful trade union which has been mediating the talks said a new deadline has been set for Monday noon.

Tensions have gripped Tunisia since veteran strongman Zine El Abidine Ben Ali was toppled in the 2011 uprising, and were exacerbated by the murders of opposition politicians Chokri Belaid in February and Mohamed Brahmi in July.

The opposition and the government say Islamist radicals, oppressed under Ben Ali and whose influence has grown since the uprising, are behind the killings and deadly attacks targeting mostly security forces.

The opposition has demanded the government’s resignation and the formation of a cabinet of independents, accusing the current line-up headed by the moderate Ennahda of failing to rein in jihadists.

After months of stalling, Ennahda opened talks with the opposition on October 25 in line with a roadmap to form the new government, agree on a much-delayed constitution and prepare for elections.

Prime Minister Ali Larayedh said he would step down so long as the timetable outlined in the roadmap is respected.

The schedule means the new premier will have two weeks to form a government and that the elected National Constituent Assembly has until end the end of November to draft a new constitution and an electoral law.

But so far the process has been hit by delays and on Saturday Ennahda and the opposition failed to bridge their differences and agree on the new prime minister.

“The (new) deadline to announce the name of the head of the government is Monday noon (1100 GMT),” the UGTT said on its Facebook page.

Politicians have told AFP that the negotiators could not decide between Mohamed Ennaceur, 79, supported by the opposition, and Ahmed Mestiri, 88, backed by Ennahda and its allies.

Both are well respected and served under the late Habib Bourguiba, who led the fight for Tunisia’s independence from its French colonial masters and served as its first president for three decades from 1957.

The opposition says Mestiri is weak and would be a puppet in the hands of Ennahda.

“Ennahda wants to exit power from the front door and come back through the window,” leftist leader Hamma Hammami said.

Ennahda spokesman Ziad Laadhari retorted that Mestiri was the right man for the job because “he strikes a balance between the two sides.”

Ennahda and the opposition are set to resume their talks at 0800 GMT on Monday, said the UGTT.

Authorities say they have arrested five suspects from the Salafist movement in connection with the failed bids, and are also hunting for the assailants who killed nine policemen in October.

The government has linked Tunisia’s armed jihadists to Al-Qaeda in the Islamic Maghreb, but says that it lacks the resources to combat them.