Casablanca- According to Algerian news source echoroukonline.com, Abdelkader Bensalah, Secretary General of Algerian party, the National Rally for Democracy (NRD), said that Moroccan political rhetoric has escalated in such a way that it now resembles the rhetoric that prevailed during the period of the Algerian-Moroccan Sand War in the 1960s. 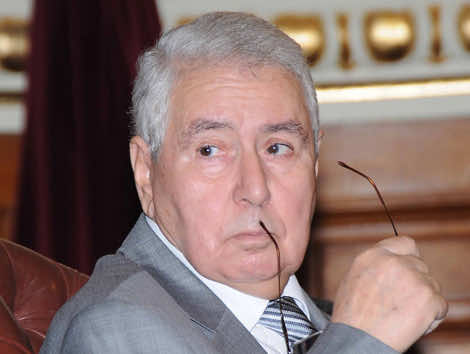 By
youssef sourgo
-
Youssef Sourgo is currently a Master’s student in Linguistic and Literary studies at Ain Chok Faculty of Letters and Humanities.
Nov 3, 2013
Spread the love

Casablanca- According to Algerian news source echoroukonline.com, Abdelkader Bensalah, Secretary General of Algerian party, the National Rally for Democracy (NRD), said that Moroccan political rhetoric has escalated in such a way that it now resembles the rhetoric that prevailed during the period of the Algerian-Moroccan Sand War in the 1960s.

According to the same source, Bensalah said that he could not help but respond to the escalating tension between Morocco and Algeria, especially after Friday’s incident, when a young Moroccan tore down the Algerian flag on top of its consulate in Casablanca “before the eyes of Moroccan police forces.”

Bensalah attributed the current tension between both countries to the speech delivered by King Mohammed VI before members of the parliament last October, which has, according to him, destabilized the Algerian-Moroccan relations.

“The new undertones of hostility in the Moroccan political rhetoric are akin to those we used to hear at the beginnings of 1960s, and are now used by the Moroccan State to divert the Moroccan people’s attention from their unbearable reality.”

“They [the Moroccan State] found the best way to achieve that, which is to attack Algeria,” Bensalah was also quoted as saying by echoroukonline.

The Secretary General of NRD also warned against mobilizing the Moroccan political parties against Algeria on a day as symbolic for Algeria as November 1st, which coincides with the anniversary of the revolution against French colonialism.

Bensalah also expressed his hope that “Morocco will abstain from fueling the Moroccan people’s outrage against Algeria,” something he said would be of benefit for neither Algeria nor Morocco, nor for the region as a whole.

The Algerian politician also addressed a straightforward message to the Moroccan State saying: “Don’t justify your failure to defend your case concerning the Sahara. Algeria has nothing to do with Moroccan issues.”

“You have to be brave enough to admit the Sahrawi people’s right for self-determination,” he added.