CAIRO- An Egyptian military court on Sunday handed a journalist a six-month suspended jail term for taking pictures of army checkpoints on the border with Gaza, military sources said. 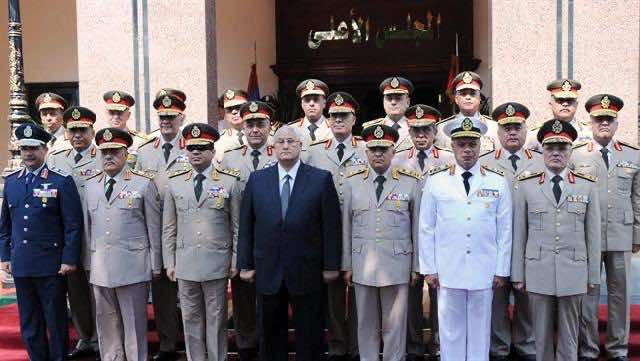 CAIRO- An Egyptian military court on Sunday handed a journalist a six-month suspended jail term for taking pictures of army checkpoints on the border with Gaza, military sources said.

Mohamed Sabry is the third Egyptian journalist to be sentenced by military tribunals since the ouster of Islamist president Mohamed Morsi in July.

Sabry was convicted by a military court in the Suez Canal city of Ismailiya, almost a month after the same court gave a similar sentence to another Egyptian journalist, Ahmed Abu Derra.

Security officials said armed forces had arrested Sabry as he took pictures in the town of Rafah on the border with the Palestinian enclave. It was unclear when he was actually arrested.

Sabry is a freelance journalist working for several Egyptian publications.

The Egyptian authorities say they are targeting “terrorists” in the lawless Sinai Peninsula which borders the Gaza Strip, run by the Palestinian Islamist movement Hamas.

A Cairo military court last month sentenced another journalist Hatem Abul Nour to a year in prison for impersonating an army officer over the phone.

The rulings against the journalists come as a panel tasked with amending the suspended constitution debates a clause allowing the military to try civilians. The army insists on retaining such powers.