RIYADH - US Secretary of State John Kerry on Sunday urged Egypt's interim rulers not to extend the state of emergency when it ends later this month, a senior American official said. 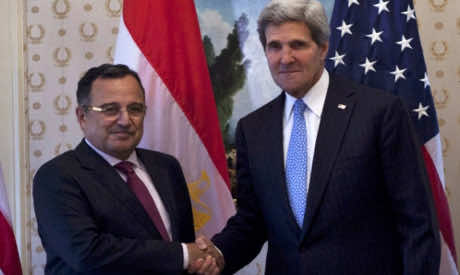 RIYADH – US Secretary of State John Kerry on Sunday urged Egypt’s interim rulers not to extend the state of emergency when it ends later this month, a senior American official said.

“He pressed hard on not extending the state of emergency when it expires on November 14,” a State Department official told reporters travelling with Kerry, who flew from Egypt to Saudi  Arabia.

“He said that the crackdown that was underway was inappropriate and inclusivity required that there be an outreach to the Muslim Brotherhood and others,” the US official added.

Egypt’s interim president Adly Mansour told Kerry he had not really used the powers afforded under the state of emergency other than to impose a night-time curfew, the official said.

Although there was no commitment on what his government would do, “the language was positive. “