Bordeaux - A crisis meeting was held in the Presidential Palace this morning and an investigation into the journalists' death is to be launched. 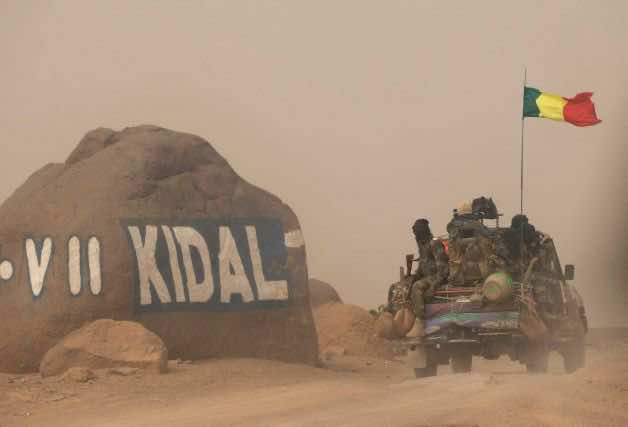 Bordeaux – A crisis meeting was held in the Presidential Palace this morning and an investigation into the journalists’ death is to be launched.

French President Hollande held a crisis meeting on Sunday morning at the Elysee in the aftermath of the murder of two journalists from Radio France Internationale, Claude Verlon and Ghislaine Dupont, who were kidnapped and killed in northern Mali yesterday.

The Ministers of Foreign Affairs and Justice, Laurent Fabius and Christiane Taubira attended the meeting. The hour long meeting consisted in looking at the judicial follow-up to these killings and assessing the strength of the “Serval”operation in Mali.

After the meeting, Laurent Fabius confirmed the journalists were shot dead. “The murderers are the ones we are fighting, terrorist groups who reject democracy and refuse elections,” said the Foreign Minister.

According to RFI, our colleagues’ driver was held at gunpoint by a turbaned man speaking a Tuareg dialect. Meanwhile, the attackers tied up the journalists and took them into their vehicle. The kidnappers then fled, and the bodies of the journalists were found less than two hours later, a dozen kilometers away.

The circumstances of their death, however, are still unclear. The Tuaregs are not the only suspects since Al-Qaeda in the Islamic Maghreb (AQIM) is still present in the region, despite the presence of French troops. “Kidal is the only region where the sovereignty of the state is not effective,” declared Soumeilou Boubeye Maiga, Mali’s Minister of Defense on Sunday. “The situation is so complicated that everything is possible,” he added.

Paris’ prosecutor opened an investigation regarding kidnapping followed by murder in connection with a terrorist enterprise.

Francois Hollande and his Malian counterpart Ibrahim Boubacar Keita talked on Saturday, and both “expressed their willingness to relentlessly pursue the fight against terrorist groups that are present in northern Mali, “stated the Elysee. “The heinous murders in Kidal can only strengthen the determination of both countries to continue and win this common fight against terrorism,” the leaders stated.