CAIRO- The trial of Egypt's ousted president Mohamed Morsi began on Monday in Cairo over his alleged involvement in the deaths of protesters during his year in power, state television reported. 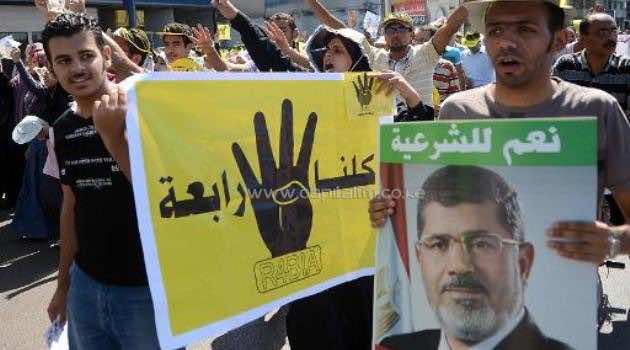 CAIRO- The trial of Egypt’s ousted president Mohamed Morsi began on Monday in Cairo over his alleged involvement in the deaths of protesters during his year in power, state television reported.

It was Morsi’s first public appearance since he was placed in detention on July 3 when the military overthrew him.

Presiding judge Ahmed Sabry Youssef has banned cameras and recording equipment from the makeshift courtroom at a police academy in east Cairo.

A security official at the hearing told AFP the proceedings had been slightly delayed because Morsi did not arrive wearing the customary white prison outfit.

The judge waited until Morsi changed his clothes, the official said on condition of anonymity.