KHARTOUM - About 100 supporters of Egypt's deposed Islamist president Mohamed Morsi demonstrated in Sudan on Monday against the start of his trial in Cairo over the deaths of protesters. 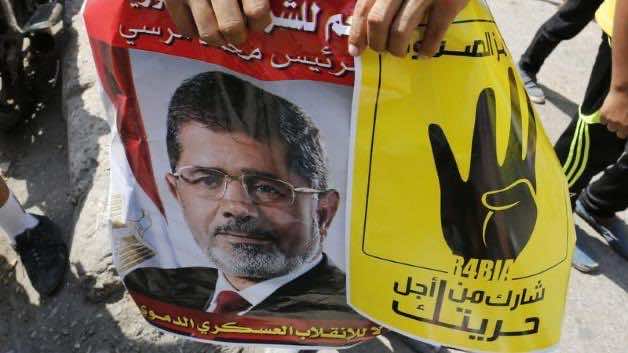 KHARTOUM – About 100 supporters of Egypt’s deposed Islamist president Mohamed Morsi demonstrated in Sudan on Monday against the start of his trial in Cairo over the deaths of protesters.

The group, carrying pictures of the bearded Morsi, gathered across from Egypt’s embassy in the Sudanese capital Khartoum, an AFP reporter said.

“No for the military court,” read an English-language banner held up by the protesters.

Another sign, carried by women clad all in black with their faces covered, said Egyptians in Sudan rejected the court proceedings against Morsi.

The army overthrew Morsi on July 3 after mass street protests against his single year of turbulent rule.

Since then more than 1,000 people have been killed and thousands of Islamists arrested.

Morsi and others are accused of inciting the murder of protesters outside the presidential palace in December 2012.

As president, Morsi in April visited Sudan, whose government calls itself Islamist and which was jointly ruled by Egypt and Britain until 1956.

Relations between Khartoum and Cairo had long been strained under the regime of Mubarak, who rose through the ranks of the Egyptian military.