Agadir – Following the tearing down of the Algerian flag from the roof of their consulate in Morocco, by one single Moroccan, during a protest over the Moroccan Sahara, some Algerian newspapers and channels rushed to report the news, attributing the offense to all Moroccans. 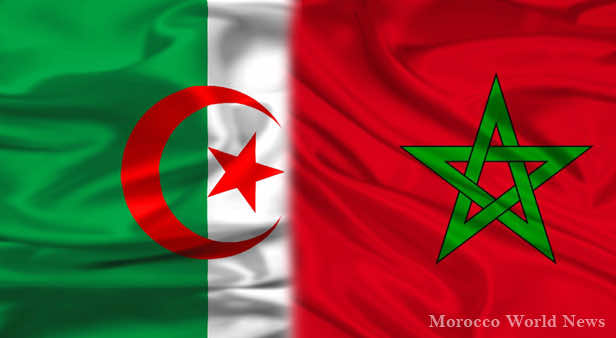 Agadir – Following the tearing down of the Algerian flag from the roof of their consulate in Morocco, by one single Moroccan, during a protest over the Moroccan Sahara, some Algerian newspapers and channels rushed to report the news, attributing the offense to all Moroccans.

Although the offender might have been infuriated by Algeria’s stance regarding the Sahara or its groundless accusations to Morocco by Algerian president Bouteflika in particular, Moroccans feel that such a barbaric move is utterly wrong and un-dignifying to Algerians.

Some Algerian media, such as Echourouk newspaper and Noumidia TV, exploited the shameful incident, blowing it out of proportion by assigning the incident to all Moroccans, and vehemently insulting them on TV, calling them dirty-hands and monkeys, in an attempt to demonize them. While I sympathize with the pain Algerians must have felt, this level should not be expected from any decent media presenter. And if our Moroccan TV ever aired a segment insulting Algerians, we’d condemn them too.

We would like to tell Algerians that Moroccan protests for the Sahara are a response to the Algerian government’s wrongful accusations and efforts to prevent transparent and respectful negotiations. We do not hate Algerians.

“Personally , I do apologize to all Algerian citizens generally and to my friends specifically who were with me in London for the fact that a young Moroccan tore down the Algerian flag. “We are one flag ??”,  Moroccan Youssef Gherradi posted on his Facebook timeline.

Sabrina Merad, Algerian pharmacy student whose mother is Moroccan says: “I live in Morocco, and I want to say that the shameful and offensive act of this guy does not reflect the feelings of the Moroccan people towards the Algerian people. These two nations that share so much, families and habits.”

“Bouteflika should stop making false provocative claims about Morocco, My Algerian family does not hate Moroccans. The Algerians I know are conscious of the propaganda, but most of them can’t speak up because of the fear from army that hasn’t gone anywhere since the 1990s,” Sabrina added.

“Although I am only 19, I still hear about it. It is time for both nations to realize what Bouteflika and his generals are doing to tarnish Morocco, and financing the Polisario with the resources of the Algerian people, our resources (Oil, gaz)”,  Sabrina insisted.