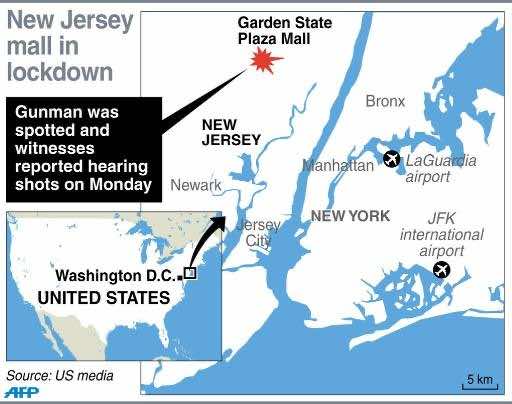 No injuries were immediately reported.

Witnesses gave varying accounts of the number of shots they heard, the reports said.

Many stores scrambled to close their gates, while CNN cited Bergen county officials as saying the suspect was still at large over an hour after the shooting was first heard at the popular mall in a suburban area near New York City.

Shocked workers and shoppers scurried away from the area as the incident recalled September’s tragedy at a shopping mall in Nairobi, Kenya, where an attack claimed by Somalia’s Al-Qaeda linked Shebab killed at least 67 people.