Russia insisted on Tuesday that Iran must be invited to peace negotiations on Syria that world powers hope to hold in Geneva later this month. 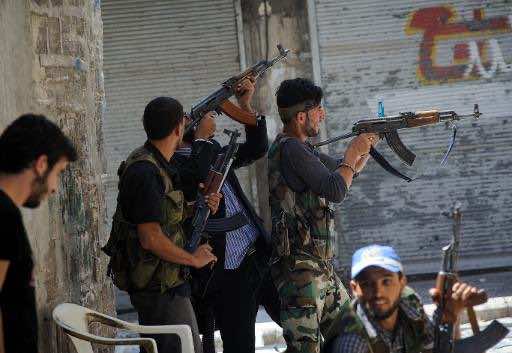 Russia insisted on Tuesday that Iran must be invited to peace negotiations on Syria that world powers hope to hold in Geneva later this month.

“All those who affect the situation must be invited to the conference,” Russian Foreign Minister Sergei Lavrov told reporters.

Syrian opposition leader Ahmad Jarba had earlier rejected the rebels’ participation at the so-called Geneva II conference that Moscow and Washington jointly proposed in May should Iran be asked to attend.

Iran enjoys close relations with Syrian President Bashar al-Assad and is believed to be supplying arms to the Lebanese-based Hezbollah militia fighting alongside the regime’s troops.

Lavrov stressed that Iran and the other regional powers should only take part in the “initial” stage of the negotiations.

“The final agreement will be decided by the Syrian parties themselves,” said Lavrov.

His comments came as Russian and US negotiators prepared to hold talks later Tuesday in Geneva with UN-Arab League envoy Lakhdar Brahimi.

Tuesday’s talks aim to set a specific date for the Geneva II conference despite broad disagreements about who should attend the meeting and growing differences within the Syrian opposition’s ranks.