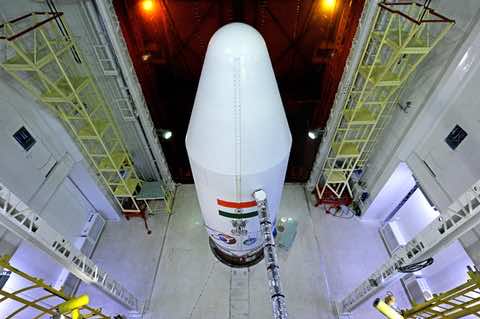 Indian Space and Research Organisation (ISRO) said the probe was ready to launch its first inter-planetary mission to Mars.

More than 1,000 scientists worked for the PSLV-C25 rocket which would carry a 1.35-tonne unmanned probe vehicle.

The rocket which will study the atmosphere in Mars will begin a 300-day, 780-million-km journey and are expected to enter Mars orbit till September, 2014.

The spacecraft is set to lift off from the Satish Dhawan Space Center on Sriharikota Island.