Agadir- Cherifian Troupe's Matrix performance was surrealistically impressive, that fans caused a buzz on the social networks, and are not just Moroccans. Tweets, and comments poured in from Arabs of all nationalities. 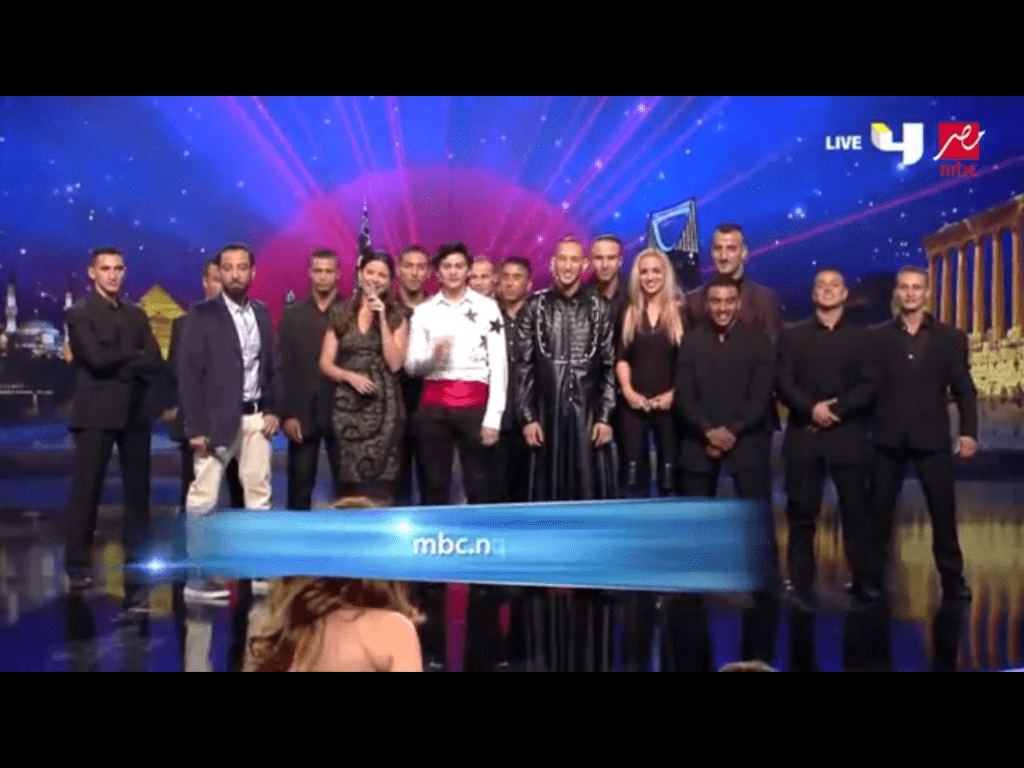 Agadir– Cherifian Troupe’s Matrix performance was surrealistically impressive, that fans caused a buzz on the social networks, and are not just Moroccans. Tweets, and comments poured in from Arabs of all nationalities.

Each semi-final episode showcases 8 contestants – or group contestants-, and by the end of the episode, the viewers’ votes are stopped, and three highest-voted contestants are declared. Nadir, the autistic by purely talented and deserving contestant, moved to the safe zone first, while Kuwaiti dancers BackStage Group and Moroccan dancers-Acrobats Cherifian Group remained at the mercy of the judges who after much suspense decided to pick Cherifian Troupe.

Fans of the show expressed on Twitter that the hesitation of the judges was completely unneccesary, and that although Backstage Group were good, but they still failed in comparision to the Super-impressive Cherifian group. Especially that Ali Jaber’s jaw literally dropped during Cherifian’s audition.  A live viewer’s tweet by Lebanese girl contained “Pick Cherifian troupe already.”

“Greetings from Saudi Arabia to our brothers in Morocco, for such a powerful performance” said  Raed Al-Ghamdi. “

While Kuwaiti Hanadi enthusiastically tweeted: “Cherifian troupe!!!!!! Adooooreeee THEM.  I CAN’T SAY ANYTHING ELSE! ?”

It is refreshing to see people support groups for their talent, and not merely for their shared nationality. In the past, I had voted for non-Moroccan teams I felt entertained me more. And this is how we can get la creme de la creme of the talented to the top.