CAIRO - An Egyptian court on Wednesday dismissed a request by the Muslim Brotherhood for an injunction on a court ruling banning the Islamist movement and ordering its assets seized, judicial sources said. 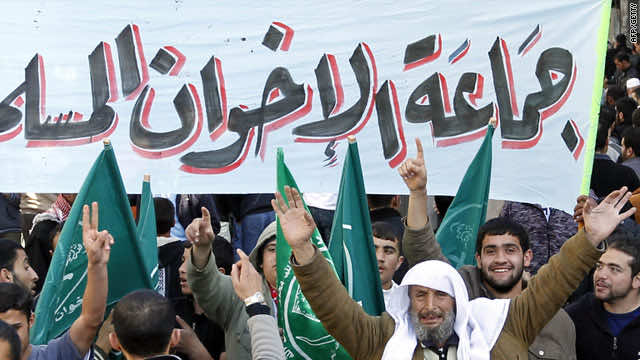 CAIRO – An Egyptian court on Wednesday dismissed a request by the Muslim Brotherhood for an injunction on a court ruling banning the Islamist movement and ordering its assets seized, judicial sources said.

A court in September had banned the Islamist movement from operating amid a fierce crackdown on the Brotherhood following the July ouster of Islamist president Mohamed Morsi.

The urgent appeals court in its ruling on Wednesday dismissed a request from the Brotherhood to suspend the ban.
The leftist Tagammu party had issued a counter suit asking the court to dismiss the Brotherhood’s motion.

Brotherhood lawyers had “demanded the injunction until an appeal is filed and a verdict is made,” the official MENA news agency reported.

In the initial September 23 verdict, the court had ordered the Brotherhood’s assets seized until criminal courts delivered their verdicts in ongoing trials of the group’s leaders and members.

Much of the Brotherhood’s leadership is now behind bars, and they face charges including involvement in the deaths of protesters.

Morsi himself was put on trial Monday for his alleged role in the killing of opposition protesters outside the presidential palace in December 2012.