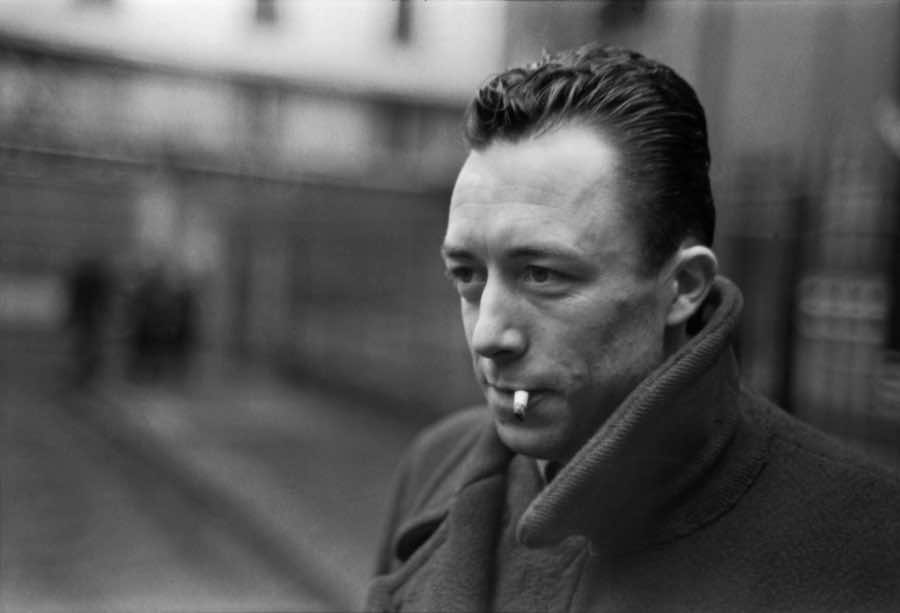 By his own maxim, he must have been doing something right because, 100 years after his birth and more than half a century since his untimely death, Camus is still picking up new readers across the globe.

His best known novel, “L’Etranger,” translated into English as either the “The Stranger” or “The Outsider”, has been published in more than 40 languages and has sold more than eight million copies, a remarkable achievement for what is a complex, morally ambiguous tale set in a racially divided, colonial world few people would now recognise.

Born into poverty in French-ruled Algeria on November 7, 1913, Camus was an unlikely candidate to become one of the giants of 20th century literature.

His mother was illiterate and partially deaf. His father, a farm worker, perished in one of the first major battles of World War I while Camus was still a babe in arms.

Yet, by the age of 44 he was collecting the Nobel Prize for literature, an award he dedicated to the memory of the primary school teacher who had nourished his fledgling intellect with daily extra lessons and persuaded his reluctant family to allow him to take the exams that would open the doors to higher education.

Camus made the most of the chance accorded him. After studying at the University of Algiers he moved to Paris during the dark days of Nazi occupation and embarked on a writing career as the main editorialist for Combat, an underground Resistance newspaper.

By the time he died, in a car accident in 1960 at the age of 46, he had established himself as one of France’s most influential writers and thinkers, an intellectual sparring partner to the likes of Jean-Paul Sartre and Simone de Beauvoir.

With his sharp cheekbones, turned-up collars and a Gauloise invariably dangling from his lip, Camus was one of the faces of the post-war Left Bank in Paris, his trademark look memorably captured in a Henri Cartier-Bresson photograph that is a defining image of that time.

But Camus was never quite one of that particular crowd.

His philosophical writings, which echoed some of the themes explored in his fiction — the absurdity of the human condition and the necessity of rebelling against it — were frequently savaged by contemporary critics.

Politically, his ambivalent attitude towards Algerian demands for independence put him at odds with most of his contemporaries on the left. And at a time when the Communist Party held sway over many French intellectuals, his criticism of the Soviet Union’s authoritarianism led to some bitter clashes with Sartre and others.

It was that independent spirit combined with an ability to express his ideas through compelling story-telling that explains why Camus remains widely read to this day, according to Frederic Worms, a professor of philosophy at top Paris graduate school ENS.

“Camus lives on because his novels embody his philosophy in concrete human experience,” Worms told AFP. “His political commitments also survive because he maintained a fundamental line: don’t be taken in by illusions and don’t renounce your principles.

In France, Camus has enjoyed a renaissance in recent years. According to his publisher Gallimard, sales of his works, some of which are still set texts in schools, rose by nearly five percent between 2008 and 2012.

The writer’s positive image was also reflected in a 2010 proposal by the then president, Nicolas Sarkozy, for the writer’s remains to be moved from southern France to the Pantheon of national heroes in Paris, a plan that was eventually scuppered by the objections of his son, Jean Camus, to the memory of his father being “hijacked” by any politician.

Plans for a major exhibition “Camus, the Rebel,” to mark the anniversary of his birth were abandoned after the original curator, historian Benjamin Stora, was sacked following a row with local officials in the southern town of Aix-en-Provence over the portrayal of colonial Algeria.

That led to the culture ministry withdrawing funding, although a scaled-down exhibition, “Camus, Citizen of the World” has gone ahead along with a new stage production of “L’Etranger” and two other plays.

Internationally, Camus’s appeal has broadened in recent years thanks in part to the discovery by many football fans of observations that provide the perfect riposte to those who regard the sport with disdain.

Asked once by a friend which he preferred, football or the theatre, Camus replied: “Football, without hesitation.”

Although his own spell as a goalkeeper for the junior team of Racing Universitaire d’Alger (RUA) was cut short by tuberculosis, Camus’s belief in football’s intrinsic values of bravery, fair play and solidarity remained intact.

Late in his life he was to recall: “After many years during which I saw many things, what I know most surely about morality and the duty of man I owe to sport and learned it in the RUA.”