Casablanca - The European Court of Human Rights issued  on Tuesday  a final ruling preventing France from deporting a  Moroccan refugee, wanted  on terrorism charges, due to fears of being tortured in Morocco. 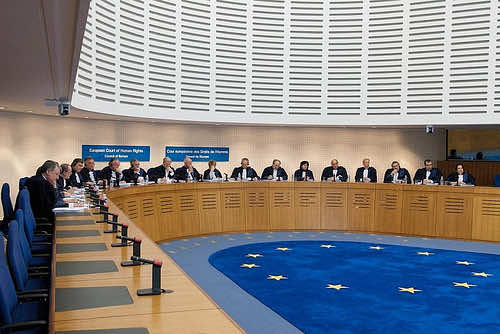 By
Jamal Saidi
-
Jamal Saidi is an English teacher.
Nov 6, 2013
Spread the love

Casablanca – The European Court of Human Rights issued  on Tuesday  a final ruling preventing France from deporting a  Moroccan refugee, wanted  on terrorism charges, due to fears of being tortured in Morocco.

According to Alyaoum 24, the Strasburg court rejected to reconsider its previous ruling made last May on the same case via which French authorities were  prevented from deporting the young man.

The Moroccan suspect is an expert in information technology and lives in Metz, eastern France. The Moroccan judiciary issued  an international arrest warrant in 2009 against the man on charges of “forming a criminal gang in order to carry out terrorist  acts”

Moroccan authorities suspect Rachid Rafie is linked to Al-Qeada in the Islamic Maghreb and that he offered help to the terrorist group  to broadcast their messages via internet. The claim is supported by French security services specialized in counter-terrorism, saying that the man is known for “his affiliation with the global Jihadi movement”.

Rafie denies the charges, emphasizing that he is wanted in Rabat because of his stance on the Sahara issue. He added that he was already arrested  due to the same reason   early  2009 during  20 days in Rabat, where he was tortured before Fleeing to France.

It is  worth recalling that the French authorities allowed his deportation,. The ruling was backed by French courts at different levels. The 37 year-old then resorted to the European Court of Human Rights.