Tripoli — The Libyan government said Wednesday it will stop paying armed groups from the 2011 uprising unless they sign up to join the security forces by the end of the year. 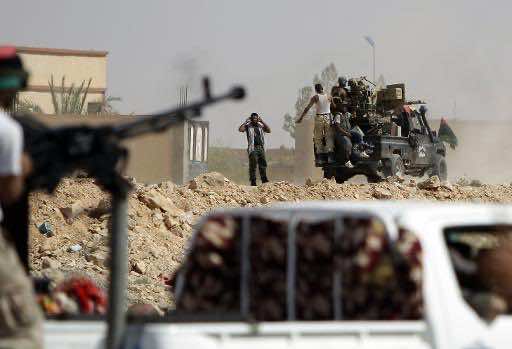 Tripoli — The Libyan government said Wednesday it will stop paying armed groups from the 2011 uprising unless they sign up to join the security forces by the end of the year.

The government will “stop paying any premium or reward after” December 31, a deadline for the “dissolution of the armed groups and their integration into the army or the police”, said a statement.

It called for former rebels who fought to topple Moamer Kadhafi’s regime to “resolve their situation” so they can be taken into account for the 2014 budget.

When Kadhafi was overthrown and killed in October 2011, the rebels were hailed as heroes for bringing an end to more than four decades of dictatorship.

They were handed roles in securing borders, prisons and strategic facilities, giving them legitimacy and also a sense of impunity.

But since then, they have formed militias with different ideologies and motivations.

Today they stand accused of responsibility for many of Libya’s ills, notably the instability that still plagues parts of the North African nation.

Many militias have rejected the government’s demands to turn in their weapons or join the national security forces, and a patchwork of armed groups effectively controls much of the country.

In April and May, groups of ex-rebels besieged the justice and foreign ministries in Tripoli for nearly two weeks, demanding that a law be passed excluding those who served under the Kadhafi regime from official posts.