ZWARA- Berber protesters occupying a gas terminal at Mellitah in western Libya said on Wednesday they were cutting off the Greenstream gas pipeline that delivers supplies to Italy. 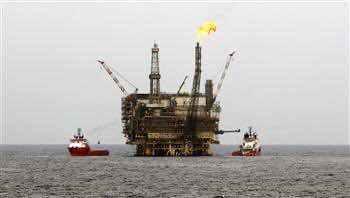 ZWARA- Berber protesters occupying a gas terminal at Mellitah in western Libya said on Wednesday they were cutting off the Greenstream gas pipeline that delivers supplies to Italy.

“We have ordered the complex’s management to halt deliveries of gas to Italy,” a spokesman for the protesters, Younes Naniss, told AFP.

“Closure of the pipeline takes time for technical reasons. It should happen in a few hours,” he added.

The terminal near the Berber town of Zwara, 100 kilometres (60 miles) west of Tripoli, is managed by Mellitah Oil and Gas, a firm jointly owned by Italy’s ENI and Libya’s National Oil Company.

ENI is the biggest foreign oil company in Libya and runs a pipeline to Sicily from the Mellitah terminal which supplies Italy with 17 million cubic metres of gas daily.

Naniss said the protest would escalate after the General National Congress postponed discussion of a legal amendment that would inscribe the Berber language and cultural rights in the future constitution.

“What we are worried about at the moment is the Mellitah terminal, which has been attacked by protesters, pushing us to stop exports towards Italy,”

Italian media on Wednesday quoted ENI chief executive Paolo Scaroni as saying.  However, Scaroni also said he did not forsee problems with gas supplies to Italy.

Contacted by AFP, the ENI press office was unable to say whether the attackers were armed. But an AFP photographer on site saw men in military uniform armed with assault rifles.

“The weapons are for self-defence,” Naniss said, adding that tensions had ratcheted up since late Tuesday after the terminal’s director called the protesters “pirates”.

Berbers make up about 10 percent of Libya’s population. They were persecuted under former dictator Moamer Kadhafi and feel marginalised under the new regime even though they played a key role in the 2011 uprising.