- Hollywood megastar Tom Cruise has denied having "abandoned" his daughter Suri following his divorce from Katie Holmes last year, while acknowledging that he has seen less of the seven-year-old. 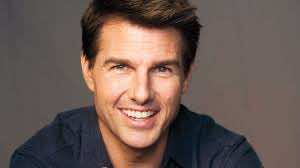 – Hollywood megastar Tom Cruise has denied having “abandoned” his daughter Suri following his divorce from Katie Holmes last year, while acknowledging that he has seen less of the seven-year-old.

In a statement filed in court this week, the US actor said he had a “wonderful relationship” with his daughter, who he said “has never indicated … that she has ever felt abandoned by me.”

Cruise launched legal action last year against Bauer, the publishers of US magazines Life and Style and InTouch for $50 million over covers claiming he had abandoned his daughter.

A July 2012 edition of Life and Style splashed the headline “Suri in tears, abandoned by her dad,” over a picture of the sobbing girl. Holmes and Cruise had announced their split the month before after six years of marriage, and Suri was living with her mother.

In a two-page statement filed ahead of a new court hearing later this month and published by entertainment news website Radar Online, Cruise said: “the assertion that I ‘abandoned’ Suri after my divorce is patently false.

“I have in no way cut Suri out of my life — whether physically, emotionally, financially or otherwise. Even during the times when I was overseas and not able to see Suri in person, we were (and continued to be) extremely close.”

Cruise, a prominent member of the Church of Scientology, said he was out of the country from June until December last year shooting two back-to-back movies, while Suri lived with her mother in New York.

“As a result of the changed circumstances following the divorce, we were not able to see each other as often as we did prior to the divorce.”

But he said: “As my numerous emails with Suri’s mother during this time period demonstrate, I was a constant presence in Suri’s life during the time that defendants false claim that I abandoned her.

“While I’m sure my daughter misses me when I’m not with her (as I miss her), she is a very happy child, and we have a wonderful relationship and cheerful phone calls. She has never indicated, in words or substance, that she has ever felt abandoned by me.”

Holmes announced on June 28 last year that she was filing for divorce to end her five-year marriage to Cruise, who