- Ramallah (Palestinian Territories) — Swiss scientists have concluded that Palestinian leader Yasser Arafat probably died from polonium poisoning, according to a text of their findings published by Al-Jazeera television on Wednesday. 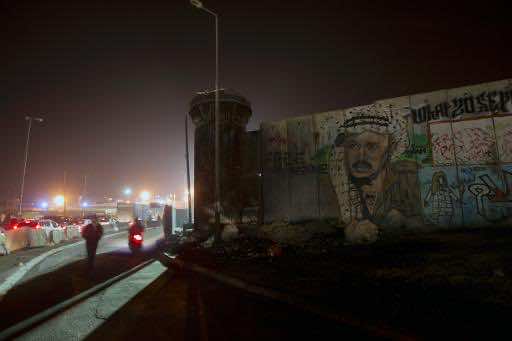 – Ramallah (Palestinian Territories) — Swiss scientists have concluded that Palestinian leader Yasser Arafat probably died from polonium poisoning, according to a text of their findings published by Al-Jazeera television on Wednesday.

The results of tests on Arafat’s remains “moderately support the proposition that the death was the consequence of poisoning with polonium-210,” said the 108-page analysis posted on the Qatar-based satellite broadcaster’s website.

Arafat died in France on November 11, 2004 at the age of 75, but doctors were unable to specify the cause of death. No autopsy was carried out at the time, in line with his widow’s request.

His remains were exhumed in November 2012 and samples taken, partly to investigate whether he had been poisoned — a suspicion that grew after the assassination of Russian ex-spy and Kremlin critic Alexander Litvinenko in London in 2006.

“New toxicological and radio-toxicological investigations were performed, demonstrating unexpectedly high levels of polonium-210 and lead-210 activity in many of the analysed specimens,” said the November 5 report penned by 10 Swiss experts.

It added that polonium levels in “bones and soft tissues were up to 20 times larger than references in the literature”, firmly ruling out the possibility previously reported in some media that cigarette smoke had caused greater than normal polonium levels among Arafat’s personal effects.

Arafat’s widow Suha said in an interview with Al-Jazeera that the poisoning amounted to “the assassination of a great leader” and a “political crime”.

Suha met Arafat in the mid-1980s when she was a student at the Sorbonne University in Paris, but was often accused of leading a lavish lifestyle far removed from the reality of most of the Palestinians that her husband fought for.

She later became his economic adviser before they married secretly in 1990, only revealing their union two years later.

Israel’s foreign ministry on Wednesday scoffed at the notion that Arafat had been poisoned, suggesting that the investigation was not impartial.

“This is a soap opera — the soap opera where Suha fights Arafat’s successors — episode one hundred and something,” foreign ministry spokesman Yigal Palmor told AFP.

“The two (examining) teams have been commissioned by interested parties, they are not independent teams.

“At any rate, it is no concern of Israel because we have nothing to do with it,” Palmor said.

The Palestinian official in charge of the investigation into Arafat’s death, Tawfiq Tirawi, said on Tuesday that he had received the findings of the Swiss laboratory, although he declined to disclose them.

Official Palestinian news agency WAFA said that a separate Russian team appointed by the Palestinian Authority also handed in its report on November 2.

Some 60 samples were taken from the remains of the late Palestinian leader in November last year for the probe into whether he had been poisoned by polonium.

The samples were divided between the Swiss and Russian investigators and a French team carrying out an investigation at Suha Arafat’s request.

In an October report published by The Lancet medical journal, eight scientists working at the Institute of Radiation Physics and University Centre of Legal Medicine in Lausanne confirmed they found traces of polonium in separate tests on clothing used by Arafat, which they said “support the possibility” he was poisoned.