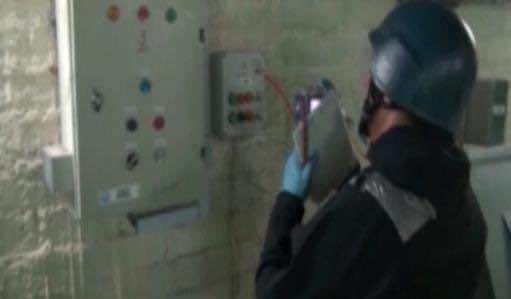 The Organization for the Prohibition of Chemical Weapons (OPCW) announced that they received video and photo footage showing the elimination of a chemical weapons facility near Aleppo. The plant was located in one of the two previously unaccessed regions due to security concerns.

The authenticity of the footage was confirmed by experts, OPCW stated.

OPCW had determined November 1 as the target date for eliminating all chemical weapons production facilities in Syria. The organisation also aims at destroying all cheamical weapons in the country by the end of June 2014.