Fez- A number of Moroccan NGO’s expressed on Wednesday their disapproval of the draft law on sexual harassment and violence against women that the government is due to discuss on Thursday. 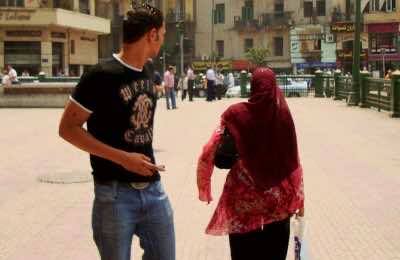 By
Adnane Bennis
-
Adnane Bennis is a national of Morocco, obtained his Bachelor’s Degree in Computer and Information Science from East west University in Chicago.
Nov 7, 2013

Fez- A number of Moroccan NGO’s expressed on Wednesday their disapproval of the draft law on sexual harassment and violence against women that the government is due to discuss on Thursday.

The coalition of NGO’s called “Printemps de la Dignité” (Spring of Dignity), which gathers more than 20 Moroccan NGO’s said the new draft law on sexual harassment that the government intends to adopt is “incoherent and confusing”.

According to a communiqué published by Yabiladi, the group of NGO’s criticize “the confusion and lack of consistency of approach in the development of this project,” while deploring the “abandonment of the fundamentals of the gender approach in the objectives” of the text.

According to the same NGO’s the confusion of the draft law is “caused by the inclusion of the child, generic and disorderly manner, in a text that deals with violence against women.”

The also slammed the government for not sidelining them and excluding them of the consultations that led to the elaboration of the draft law.

The text, which was drafted by the Ministry of Solidarity and Social Development and the Ministry of Justice and Liberties, aims to reduce the violence against women, and considers as sexual harassment any action or advances against a third party through acts, words or gestures of a sexual nature, or any attempts to reach a sexual act.

The offender will be faced with a jail sentence ranging from one month to two years, and/or a 1000dh to 3000dh fine.

The sentence could be doubled, reaching up to 4 years in prison if the offense is committed by a colleague at the workplace or by a public sector employee responsible for ensuring the order and safety of citizens.

Another section of this law underlines the punishment of any author of sexual videos- a disturbing phenomenon that has been thriving on technology and social media in particular.

“The author of a voice recording or pictures affecting a female bod released publicly for defamation purposes” may face a sentence ranging from two to five years in prison and a fine from 5 000 to 10 000 dirham, according to article 495 of the draft law

This sentence could be doubled in case of recidivism or “if the offense is committed by a spouse or a family member, a guardian or person having any authority over the victim.” Judge Puts Attacker of German Tourist in Tangier in Custody