Rabat- Two Arab states that weathered the storms of the Arab spring are the military republic of Algeria and the neighboring kingdom of Morocco. 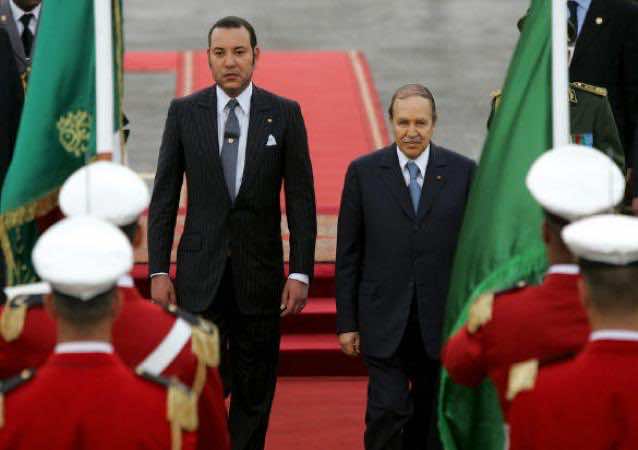 By
Ahmed Charai
-
Ahmed Charai is publisher of the Moroccan weekly magazine L’Observateur as well as the French edition of the Foreign Policy magazine.
Nov 7, 2013
Spread the love

Rabat- Two Arab states that weathered the storms of the Arab spring are the military republic of Algeria and the neighboring kingdom of Morocco.

The kingdom managed to endure the wave of revolutions in 2011-2012, as I have described previously, thanks to a long track record of incremental reform toward the rule of law, parliamentary constitutional government, human rights, and minority and gender equality — a record which granted the king credibility and trust when he presented, then implemented, a constitutional electoral process leading to an elected parliamentary government.

By contrast, in Algeria, it was more likely the fear of bloody repression that held the population in check: In the 1990s, the regime trained its weapons on its own civilian population following a decision to nullify an election which Islamists were poised to win. The death toll was 150,000 — still the greatest human tragedy in the region’s history, a record which even the raging war in Syria today has yet to eclipse.

Today, Algeria remains a closed society. Its population is denied access to the communications technologies necessary to participate in the global marketplace of ideas. Corruption and human rights abuse are rampant. And as jihadism grows in the nearby African Sahel states, Algeria’s borders are increasingly unstable — a waystation of traffic in radical ideology and weapons.

Algeria does enjoy one safe border, however: the one that separates it from neighboring Morocco. And yet, in the political discourse of Algerian elites, Morocco is regarded as an adversary. This is because, like so many other military dictatorships — from Assad’s Syria to Saddam’s Iraq and far beyond the Arab region — the leadership in Algiers uses an external conflict to deflect its population’s anguish about domestic brutality and corruption.

The regime’s conflict of choice lies in the Saharan desert. For decades, Algiers has provided financial and military backing to a paramilitary movement known as the Polisario, which lays claim to a portion of the Sahara which makes up half the map of Morocco. The Polisario’s political vision for the area is, unsurprisingly, the militaristic model of its Algerian patron. But a great many Saharans do not want such a system to be imposed on them.

The Polisario “capital” of Tindouf is a place of heinous human rights abuses, as emigrants from the enclave routinely report to international rights groups. Meanwhile, in the Moroccan Sahara region, the government has poured billions into economic development projects, and nurtured the same institutions of civil society and political participation that one finds in the rest of the country. To be sure, there are pro-Polisario Saharans in Morocco as well: They have come to blows with the government, in at-times violent clashes that have taken a toll on both sides. But they do not represent the broader realities of life in the area.

The government would like to reach a negotiated settlement to end the conflict with the Polisario. But for decades, the latter militia has been encouraged by its Algerian backer to reject the Moroccan initiatives — including a Saharan autonomy plan which enjoys the support of the United Nations, the United States, and France. A responsible government would press for an end to the conflict, which has drained energy, talent, and resources for both countries for so long.

Moroccans felt disheartened last week, therefore, to learn of new, alarming Algerian military maneuvers in the Polsario’s vicinity, accompanied by a speech which was read out in the name of Algerian president Abdelaziz Bouteflika to pro-Polisario trade unionists in the Nigerian capital Abuja. The speech places blame for the conflict on Morocco and calls for international human rights monitoring of the Moroccan Sahara region while eschewing demands for a parallel inquiry into the battered Polisario enclave under Algerian control. Bouteflika’s words also appear to reflect a state of self-denial if not delusion about human rights violations perpetrated against his own population in Algeria’s cities and towns.

Moroccans throughout the country have conveyed their anger at the speech, which sparked protests in Casablanca and elsewhere. Perhaps in part to quell the protests by sublimating Moroccans’ emotions through a national voice, King Muhammad VI yesterday spoke to the Algerian leader’s statements. The monarch affirmed his country’s commitment to “cooperation with the United Nations chief, his envoy, and friendly countries to define a political solution to the conflict.” He talked about the successes, of which the kingdom is proud, at “consolidating the civil and political rights and promoting a new generation of economic, social, cultural, and environmental achievements.”

Turning in a southerly direction, he also reminded his audience of Morocco’s commitment to promoting trade, investment, and a culture of moderation and tolerance in troubled African states below the Sahara (an ongoing project which I’ve had occasion to describe here). He noted that areas such as Mali, the broader Sahel region, and indeed portions of the Sahara for which Algeria bears responsibility “have become a space for extremist and terrorist groups, drug trafficking, trafficking in human beings, and arms trafficking, with adverse implications for the development and stability of the region.” These portions of the speech served to contextualize a response to the statements made by Algerian president Bouteflika. Morocco would not be lectured to, he said, “particularly by those who systematically trample on human rights.”

Soon there will be a new round of diplomatic efforts to broker an end to the Sahara conflict. Moroccans, myself included, feel confident that our king will represent us admirably, with due compassion for all Saharans, whether in Morocco or Algeria. I hope and pray that the Algerian leadership will do the same.