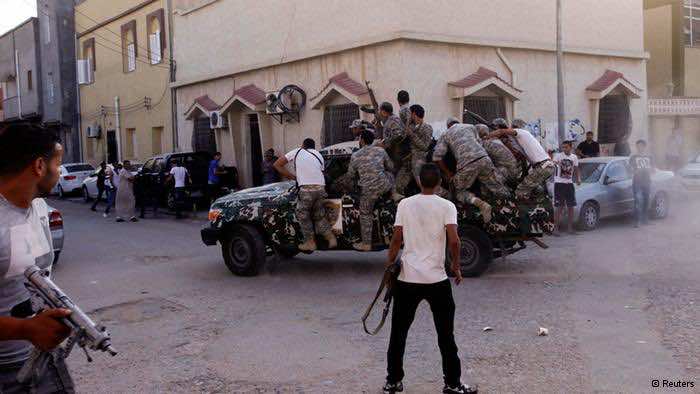 Five people were killed and 22 wounded in clashes between militiamen and Libyan forces in capital Tripoli late Thursday.

The conflict erupted in Tripoli a few days ago after the death of rebel commander Nuri Feryuan. Clashes have then intensified in the Zawiyat al-Dahmani and Suq al-Juma neighbourhoods of eastern Tripoli.

Hundreds of armed men took their positions and closed roads in an attempt to prevent militiamen from storming the area.

Security forces of the transitional government are struggling to contain militia which helped overthrow Gaddafi two years ago but kept their guns after the NATO-backed uprising.

Commander Feryuan died after being heavily injured in a conflict with security forces on Monday.

Libyans have been struggling to restore order to their country since the death two years ago of longstanding strongman Muammar Gaddafi.