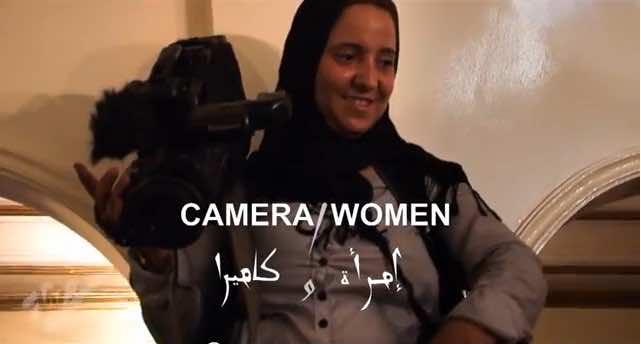 Khadija is in demand as a camerawoman at weddings in Casablanca. Although working women are still taboo in the more conservative sections of Moroccan society, many parents prefer a woman to film their daughters at weddings.

But the fairytale world of the colourful Moroccan weddings Khadija films is in stark contrast to the realities of her life. She’s divorced, has an 11-year-old son, and is living as the only breadwinner with her family, who’re ashamed not only that she’s divorced but that she works, and works at night.

Directed by Moroccan filmmaker Karima Zoubir, the verite-style documentary won the IDFA Academy Worldview Award; The Human Rights Award at Fidadoc; and The Ulysses Award for Best Documentary at the Cinemed Film Festival, as well as the PUMA Creative Catalyst Award at Durban FilmMart.