Chicago - Albert Hourani, one the greatest scholars of the history of Middle East and whose students are now brilliant lecturers in the faculties of Oxford, Cambridge, Harvard, Yale, University of Pennsylvania, Columbia, Massachusetts Institute of Technology and others, wrote in his valuable book; A History of the Arab Peoples: 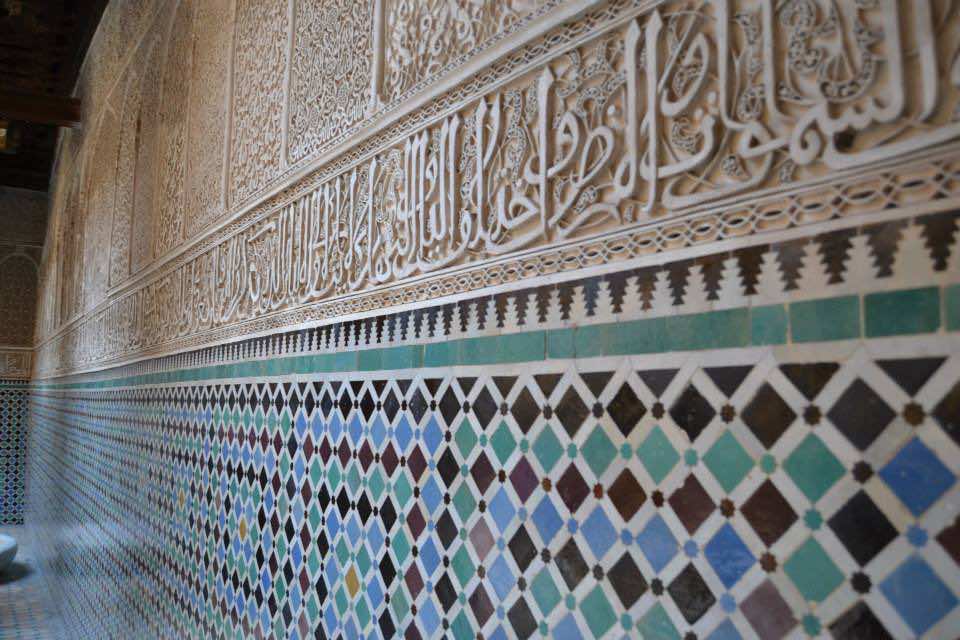 Chicago – Albert Hourani, one the greatest scholars of the history of Middle East and whose students are now brilliant lecturers in the faculties of Oxford, Cambridge, Harvard, Yale, University of Pennsylvania, Columbia, Massachusetts Institute of Technology and others, wrote in his valuable book; A History of the Arab Peoples:

The Arabic language had spread and became the medium of a culture which incorporated elements from the traditions of peoples absorbed into the Muslim world, and expressed itself in literature and in systems of law, theology, and spirituality.

Within different physical environments, Muslim societies developed distinctive institutions and forms…and brought about changes in agriculture and crafts, providing the basis for the growth of great cities with urban civilization expressed in buildings of a distinctive Islamic style.”

In Modern history, this style; that once made a message of a civil man a path to growth and prosperity; is now disfigured and distorted introducing us into a spacious Islamic world of loss and chaos. Muslims’ pursuit of political stability, socioeconomic growth and cultural prosperity is yet unreachable and the majority of Muslim population is still dissatisfied. Our efforts to comprehend our presence in the world are paralyzed and we are dramatically absorbing a more devastating influence. An influence that continues to prevent the Islamic societies from taking real initiatives to review their past and advance a new approach of thinking.

Mohamed, the Messenger of Allah was not just a prophet. Mohamed was a man of state. A man who appreciated the differences in the peoples of Arabia and Persian and tried to unify multiple sects into one vivant society. It was not about spirituality or sanctity. It was about work, devotion and morality. This religious philosophy of the the prophet was not advanced adequately and gradually the Muslim world headed into different philosophies that are now causing severe pain.The inability of the peoples of Egypt, Tunisia, Libya, Syria, Yemen, Bahrain and Sudan to overcome the psychological effect of their troubled history made of their Arab spring an extremely dry summer. The promising slogans of prosperity that colored the streets of Cairo in 2010 are now bombs and tanks on the streets. The songs of liberation and freedom upon the hills of Aleppo are now screams of wounded mothers and widows heard from shattered windows.

The Moroccan philosopher and historian, Abdallah Al -Arwi refers in some of his works as The Sunna and Reform or In the Divan of Politics to our need to new interpretations of our shared heritage. Our religious, historical and cultural reservoirs should subject to heavy dose of investigation and revision so our conclusions are logically and persuasively chained and serve the advancement of objectivity and accuracy. In his writings, Al-Arwi tries to advocate more passion towards channeling new directives in our reading of our history. The reason is simple: We live in a devastating paradox and our Islamic societies are expressing terrible loss.

In 1835, the American writer Nathaniel Hawthorne published his short story The Young Good Man Brown impressing more influence to Dark Romanticism in American literature. Using a symbolic diction and colloquial expressions, Hawthorne exposed the purity of a Puritan culture and questioned its virtuality. In Salem, a small village in Massachusetts, a man’s challenge of Evil would lead to the reveal of a horrifying hypocrisy. In Salem, Good Man Brown left his wife “Faith” in the decent village for a journey to confront Devil to later encounter her in his walk along with Goody Cloyse; Salem’s teacher of Catechism and Deacon Gookin; the honorable Churchman. His unknown errand in the wildness of a dark and gloomy forest lead him to a ceremony of evil and depravity and left him lost in the middle of a route of definite contrast and irony. In 1835, this work was a call from this American writer to channel the supremacy and the legitimacy of the religious rhetoric in America. Toady, this work of art conveys us a message and a gives us a conclusion that humans’ failure to overpass their ambiguities are linked simply to a disfigured thinking of religion.

The same fear and gloom expressed in Nathaniel Hawthorne’ Salem can be still sensed in the hearts of millions of Muslims in different parts of the globe. The confusion that Good Man Brown had at the end of his religious journey still continue to direct us into more misconceptions and into more misunderstandings which would ultimately introduce us to more divisions and conflicts. Today, our sole option is to challenge the authority and the legitimacy of Islamic traditional discourses and forward a new understanding of the message of Allah to the peoples of Arabia and beyond. An understanding that promotes morality, nurtures a culture of hard work and gives us hope in brighter future.

This work was inspired by “Al-Sona wa AI-Islah” of the great Moroccan Historian and Philosopher Abdallah Al-Arwi.