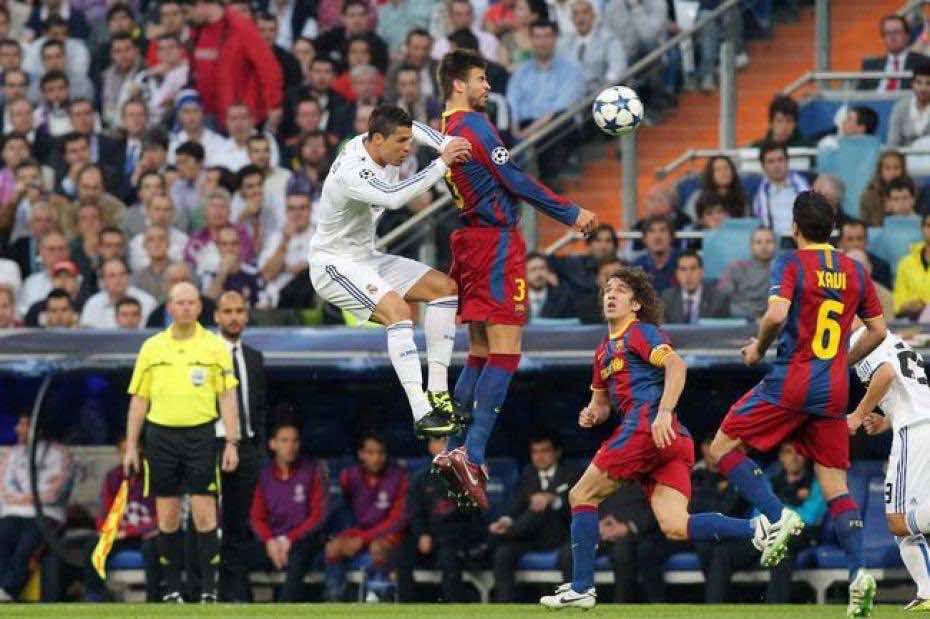 It is always obvious in Morocco when there is a Spanish league soccer match on. The cafes get very crowded so people can watch the match on the private channels offered by most cafes in the country.  People gather even one or two hours early just to reserve a place in a café. In fact, the Spanish league soccer matches are becoming officially a national obsession. People take different positions based on the club they support.

During a soccer match, one realizes the extent to which Moroccans have become inextricably linked to and even hooked by these matches. You can hear supporters of different clubs shouting, screaming, cursing, or even starting a fight just to prove that a certain team is best. It is surprising how knowledgeable Moroccans from different age groups are about the Spanish league’s different aspects.

For example, a certain university or high school student can just surprise you with the amount of information he has about a certain club or a famous soccer player. He can tell you about the history of the club, how many cups it has won, the salaries of different players, their backgrounds, and even something about their personal lives, including personal issues.

The irony is that most Moroccan young people cannot answer a simple question about the history or the culture of their country, or information related to their studies. Moreover, Spanish soccer league becomes a prime issue when it provokes a fight among opposing fans.

Soccer has been considered a respectful noble game that has lovers all over the world. However, the difference between Moroccan fans and those in some developed countries is quite clear. We all witness how respectful and peaceful they are in attending and supporting their favourite team. In fact soccer is a joyful game and a hobby that is meant to spread the sense of fair play, goodwill and respect for others. It is not an opportunity for people to scream loudly, and act out in a way that would cause bigger problems.

The phenomenon of soccer fanaticism in Moroccan society needs to be reconsidered as much as other issues. Moroccans need to bear in mind that football matches are no more than a means to entertain people. Soccer is, at bottom, a game like any other game. It has always winners and losers. That is why it is important to take everything that is positive from such noble sport and discard all the negative behaviours that can be related to it.