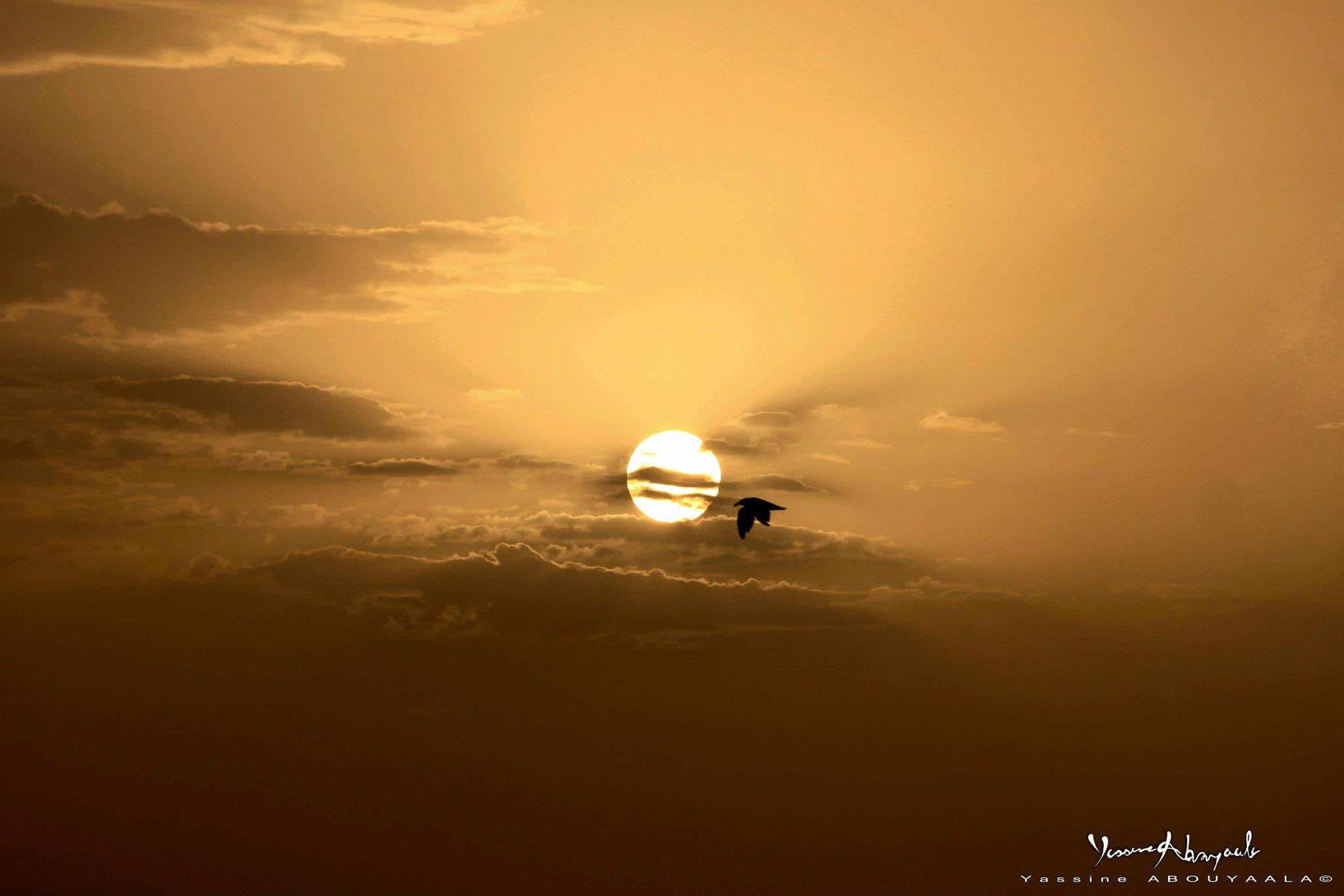 By
Youness Chahdi
-
Youness Chahdi is an engineer in Finance from the National Institute of Statistics and Applied Economy (INSEA) in Rabat.
Nov 9, 2013
Spread the love

Joe has never asked for anything not even for his own life, though he was grateful to be alive. He did not chose his name nor did he chose to be parentless but each day he lived was an unrepayable precious gift. He never knew how it felt to have a mother, a father, brothers and sisters or a family. Though he never complained about being alone, that is how he wanted to think of himself, only alone but never orphan.

Most people desperately escape it, as if they are being chased by the devil. Most highly normal ones disguise themselves into most common social norms; little by little, they team up so they can play the comedy of life and call it family. Others chose to stand firmly side by side to confront it, and call it friendship. Less normal ones pick up weird war materials to die together defending what they think unredeemable; still they end up softly killing each other and call it love. Many others hide, they just cowardly drop all weapons, embrace shielded corners where they let the many-headed beast get the best of them and call it addiction. Nevertheless, he among them all had the courage to fearlessly befriend it. Solitude.

Having no father to remind him that successful men are made of unbreakable will, that men with loaded minds are way more powerful than men with loaded guns; that family is above all considerations, that there is no rainbow without rain and that defeats are life’s free lessons, he grew realizing that life is a one-bullet shotgun. He grew realizing that the cards are already dealt and that it is no use crying over spilled milk. Having no mother to listen to his innocent dreams, to withdraw his fearful nightmares, to wipe off his boyish tears, to escort his immature flairs, to comfort his painful adolescent heartaches and to teach him how to respect, protect and love a girl. Joe grew both physically and mentally strong, he knew how to take care of himself. He had no friends, but he had her and she had him.

They first met when kindness in all its majesty decided to pay a courtesy visit to the abyss den of hostility. When happiness altogether with optimism and vivacity was stuck in the dense traffic of depression, pessimism and sorrow. When love in its way to perfection had to make one last gas stop to fill up jealousy, routine and selfishness. When life missed the last train of opportunities to be picked up by the track of death. When ambition in its dark quest for success dropped the lighting torch of persistence. When honor was unmercifully ripped in the narrow cave of disgrace. When arrogance sneaked into the secret operations room of forgiveness. When beauty was diagnosed of terminal cancer of ugliness. When generosity was imprisoned in the rusted lift of greed. When compassion was sentenced by cruelness and heartlessly executed by indifference. When innocence was blindly walking on the cliff of wildness, they met.

It was a perfectly warm sunny day, when he decided to start exploring the corners of the city. There must be much of the world than that cursed spot most of his life was built around. Aimlessly wondering, from a long distance he spotted what seemed like a feast. The more he approached the more the festivity revealed its uncovered features. No living soul could have ever possibly convinced that ten-year old kid, that this form of life he had never encountered before was not a heaven on earth. Joe was witnessing that the hypocrisy of life managed to put an expensive price tag with nothing but “rich class”. He secretly let himself into the party, which were taking place to celebrate the tenth birthday of some wealthy man’s daughter.

Hiding behind a tree, he was amazed at how happy all those people pretended to be. Men were dressed in blue jeans along with shirts with small green crocodiles on the top left. They were probably discussing business, drinking ice-cold bear and smoking Cuban cigars. Women were half nakedly dressed in the last summer skirt Dior design. They were sitting by a dolphin shaped pool, exchanging compliments and narrating their last romantic voyage. His eyes accidently caught the other side of the chateau where kids no older than him were playing games he did not understand but wanted to be part of.

Hypnotized by the soft relaxing music that was being played, a refreshing breeze flirted his face. He was puzzled by how beautiful a little girl on her tenth birthday party can be. He never knew that humans through history managed to put labels on every worldly thing be it material or immaterial and that the weird comfortable chest burning feeling is called “Love.” He was forever away from being in love. For a moment, he forced himself to forget that what he befriended disgusted competition.

Joe never knew that people with each year gone celebrate being close to death. As if it is a reward, they will get once the years are up. Indeed the big reward is called a “funeral.” From the principle balcony overlooking the pool, a Spanish band to which all attentions were on started singing a happy birthday song in favor of the little girl’s day. A pony was this year’s present. In her father’s arms, she was getting on her new ride. The little girl on the pony in between the father and the mother, heavenly smiling a new family photo would add up to the family’s favorite album.

It was much more than a ten-year-old kid would ever support. A clash of emotions toughly stroke him. He was not sorry about the house in which he always pictured himself wrapped in warm blankets when the winter night’s cold freezes his toes preventing him to sleep. Nor was he sorry about the empty stomach of his that had never met a hot homemade meal.  He never cared about the bicycle he never had or the new sneakers he repeatedly saw when passing by sport stores.  Joe never felt angry about his destiny and how the first chapter of his life turned out to be different from everybody else’s. Even so, this time it was very much bigger than he could handle. There was not a thing he would not have given to be in the middle of a loving family. He was ready to trade the rest of his life for a moment with a mother and a father, his mother and his father. The two people that he never had and that he never would.

Never a soldier in warfare shows his clan position, against all world’s reason. Joe openly revealed himself. No more than an unexperienced soldier, he was not only unarmed but also standing in the middle of the apocalyptic battle of existence unshielded. Through his wet eyes, he foggily could read the surprise on the faces of the people crowding the heaven that he was not welcome to join. Everybody silently starred at him. He did not need of their pity. He slowly turned around and started running away. Like a soldier running for his life, he run.

He ran until he found her, rather she found him. As if her whole life she was steadily standing there, so she would not miss him.

Her body was strongly built and filled with scars and heart shaped tattoos. He held her so tight like he would have held a mother if he ever had one, he held her so strong that her skin hurtled his soft face, his tears were all over her naked chest, she didn’t mind she just held him back and he sat there, by her knees and he wept, he wept like a little girl. He sat there and he cried his eyes out, he cried until he could no more. All that time, she did not move an inch. She just quietly listened to the boy’s sobs, she knew he was not crying a defeat in some boyish game, she knew he was not crying a brothers jealousy nor was he crying a heartbreak, for God’s love he was a boy. She hated all those stupid people who cried to her, but him, he was different. She wanted him to talk; she wanted to listen until the very end.

If only it was a play, if only he could stop playing Joe, if only he could change his destiny. If only a soft hand would reach to his face and wake him up from this awful nightmare, if only a kiss would drop on his forehead. If only he could open his eyes into a different life, any life but his. Even in his small age, he knew that nothing would ever change his condition; he knew he was the son of Mr. and Mrs. Nobody.

It was the last time he felt… anything. On that day, they met.

Under the unparalleled love of her stretched long arms and within the warmth of her bosom, he always found refuge from the world’s misery, at least from his. She, of all people knew how to handle him; among them all, she loved him the most. With no words, she taught him that dreams are the only difference between dead and living people. That people without dreams are nothing but birds without wings. That people should never give up on what makes them alive, because when the caterpillar thought that life ended it unexpectedly became a butterfly. He learned that sacrifice is the main engine of dreams. As blueprints are the backbone of architecture, Joe believed that dreams are life’s draft. Through her, he realized that after all he had parents too and that his family is everything around him, it has a name, “nature.”

Joe’s dream is one-word, “leave.” Now that he found what he was looking for. Now that his parents are every single spot, person, stone, tree, river, lack, sea, mountain…on earth. Joe’s dream is to leave so he’d meet up with the rest of his parents…