Tripoli - Hundreds of Libyans took to the streets of the capital Tripoli and other cities Saturday to protest against a renewedmandate for the country's top political body, the General National Congress, next year. 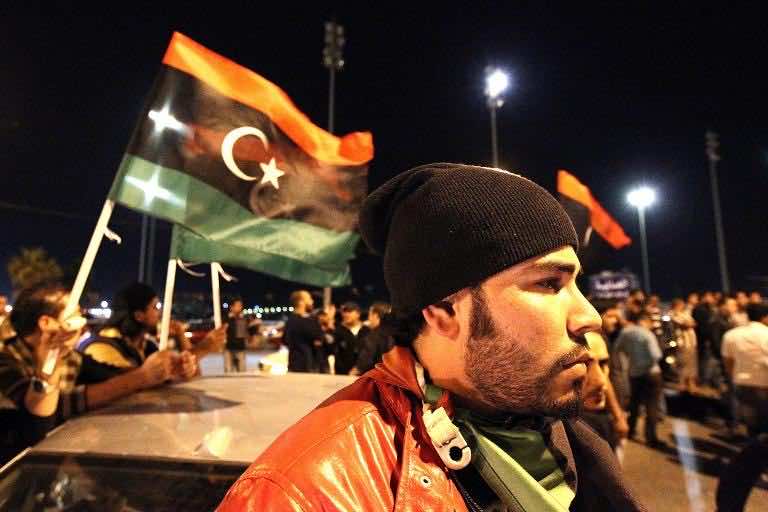 Tripoli – Hundreds of Libyans took to the streets of the capital Tripoli and other cities Saturday to protest against a renewedmandate for the country’s top political body, the General National Congress, next year.

The GNC is the fruit of the country’s first free elections in July 2012 after the overthrow of longterm dictator Moamer Kadhafi’s regime in October 2011.

On its election the GNC was given an 18-month mandate to draft a new constitution and guide Libya towards general elections.

But political tension and chronic insecurity have cast doubts over Libya’s ability to complete the transition before the GNC’s mandate expires in February.

A spokesman for the body recently suggested it might extend the deadline for it to complete its task, sparking concern among politicians, jurists and the public.

Protesters gathered in Tripoli’s central Martyrs’ Square on Saturday carrying posters with messages that read: “No to an extension,” and “We are fed up”.

In 2011, Libyans rose up against Kadhafi and NATO-backed rebels toppled and killed the dictator who had ruled from more than 40 years.

Since then, Libya has grappled with political dissent and deadly unrest, with heavily armed former rebels refusing to heed the authorities.

In October, one group of former rebel militiamen briefly kidnapped Prime Minister Ali Zeidan from his hotel in Tripoli.

While attacks are common in the east of the country, insecurity also hit Tripoli this week when clashes between rival militias killed two people and wounded 29 others on Thursday.

Saturday’s protests were organised by a group of youths from the eastern city of Benghazi — cradle of the 2011 uprising — who set up a Facebook page to rally support which has attracted more than 8,000 supporters.

The group calling itself the “November 9 Movement” says that power struggles in the GNC are preventing the assembly from carrying out the transition and are calling for independents to be elected to the body.

Opponents of any bid to prolong the GNC’s mandate say an extension could de-legitimatise the body and push Libya into further turmoil, particularly if ex-rebels linked to some parties try to take power by force.