Moscow- A 25-year-old Venezuelan television presenter, Gabriela Isler, on Saturday was crowned Miss Universe in Moscow in a glittering ceremony. 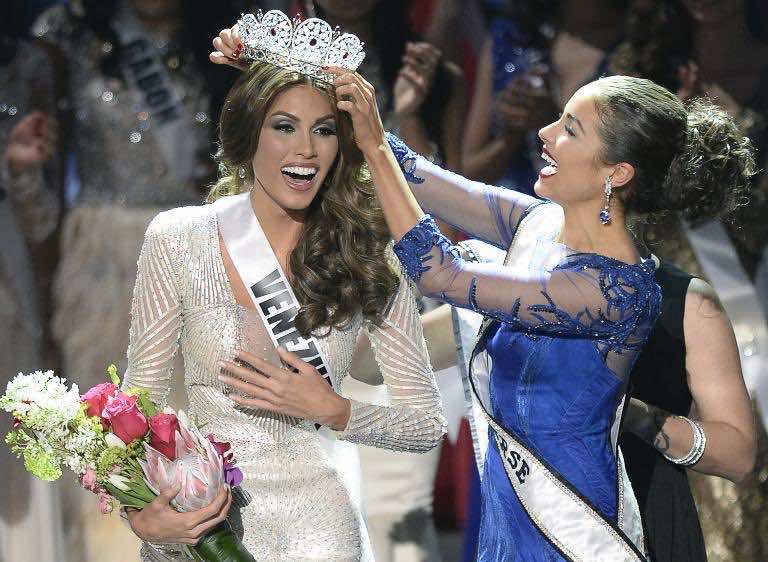 Moscow- A 25-year-old Venezuelan television presenter, Gabriela Isler, on Saturday was crowned Miss Universe in Moscow in a glittering ceremony.

Judges, including rock star Steven Tyler from Aerosmith, picked the winner from a total of 86 contestants at the show, watched by millions of viewers around the world.

Culpo earlier appeared on stage wearing a white cutaway swimsuit studded with diamonds, rubies and emeralds that the organisers said was worth $1 million.

Isler is now set to pose in the same swimsuit on Sunday.

Roberts, who co-hosted the final with ex-Spice Girl Melanie Brown, dedicated the show to the people suffering from the typhoon in the Philippines.

“We send our very best, our thoughts. We dedicate tonight’s show to you” he said.

The judges then whittled down the contestants to a final 16, who faced off in a bikini round, carrying white fur stoles.

Then the women were narrowed down to a final 10, who strutted on the stage in elaborate sequinned evening gowns.