Casablanca - Zakaria Sahnoune, a Moroccan researcher, has recently published a book in Arabic  about  Google search engine, according to MAP. 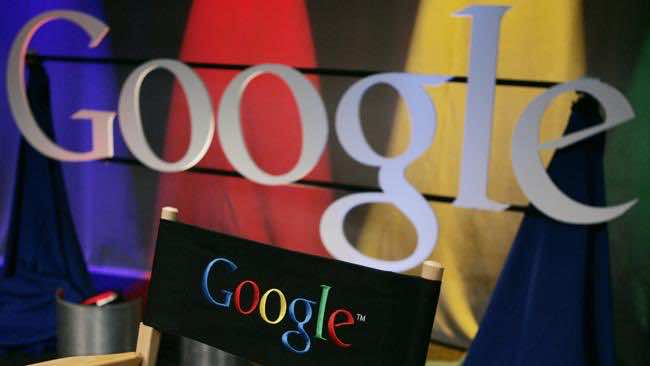 By
Jamal Saidi
-
Jamal Saidi is an English teacher.
Nov 10, 2013
Spread the love

Casablanca – Zakaria Sahnoune, a Moroccan researcher, has recently published a book in Arabic  about  Google search engine, according to MAP.

Entitled “Google: From a University Project to a Giant  Company,” the work traces the history of the engine and various stages via which the project went through;  from an idea crystallized inside the university campus to becoming culturally and technologically influential institution.

In a statement to the same source, Mr. Sahnoune said he attempted to answer the following question, “Is Google’s success an exception or a result of an environment that provided suitable and necessary conditions and circumstances?” Upon writing the book, he concluded that the environment played a pivotal role in such successful stories.

The researcher stressed that he intended to highlight  Google’s strengths and factors that were behind its success, and how the company’s experience can be a model for  institutions and companies  in the Arab world, emphasizing that the way should be paved for technology as a major player in shaping overall development.

The book, as the author said, invites businessmen to invest in the field of technology that has a promising future, if an integrated strategy is adopted to cover development and scientific dimensions of such projects. It also motivates young Arabs, and young Moroccans in particular, to be hard working and creative individuals in the field of information and communication technologies.

He said that the story of Google is a story of turning an idea into a successful project, provided one has a will, desire and perseverance, noting that  the success of the company is linked to social and cultural context. He added that the creators of the search engine benefited from freedom that swept the virtual world, family support and belief of businessman in creative ideas.

The researcher considers university to be the cultural secret behind Google’s success. He went on to explain that higher education institution plays an important role as a space that takes care of ideas and technological innovations. He also noted that the search engine company succeeded in a cultural and institutional environment that  encourages creative and productive innovation.

Mr. Sahnoune turned his idea, crystalized five years ago, into a book because of his interest in Information and Communication Technologies. An interest that started from the day Morocco connected to the World Wide Web in 1995.

The author claimed his work as the first of its kind in Morocco. It contains 276 pages and divided into four chapters, taking the reader on a journey from  discovering  history of the web to Google search engine and its incubator environment that was conducive to the company’s leadership at the international level.

The book reflects the author’s vision of the context that framed the creation of the world’s largest internet search engine. While providing information about the engine, the researcher tended to make reading easy by means of simplified language that is understandable for readers of different cultural and educational levels. That said, he aimed at reaching the largest number of Google users regardless of their cultural and intellectual drives.

In a chapter devoted to the internet and the web, the author highlighted the crucial role of military institutions, companies and American universities in developing a strong technological structure that would  have an efficient  impact on supporting Google’s experience.

“It is a content-rich book, smooth in reading, organized and documented, and systematized with a vision that framed the context and the background (of Google’s creation),”  Yahya Yahyaoui, a media expert, said about the book in a statement to MAP.

He went on to add:

It is interesting not only from the standpoint that it served to cast  light on a search engine that is transformed to a giant company in less than two decades, but also because it confirms staunchly that the phenomenon of Google mirrors the ripples of capitalism. It reflects the transition from an industrial capitalism, based on  goods and material services, to  Informatics, cognitive and perceptual based capitalism. The latter’s added value is embodied in scientific research and technological innovation, and strengthening competencies and values of risk taking and ambition.

Zakaria Sahnoune who is also a journalist showed his earlier interest in writing about modern technology through an article he published in 1997, entitled  “Internet and Moroccan Citizen.”