Riyadh- Two people have been killed in clashes in Saudi Arabia amid a nationwide crackdown on illegal expatriates, police said on Sunday. 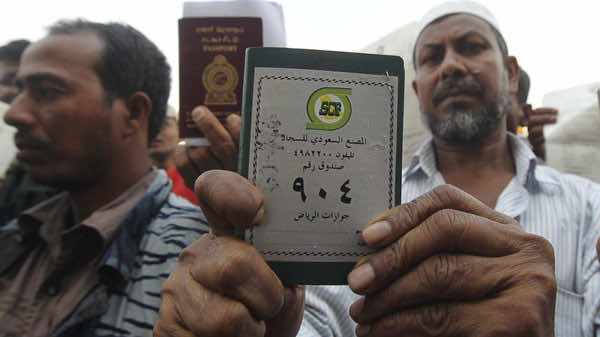 Riyadh- Two people have been killed in clashes in Saudi Arabia amid a nationwide crackdown on illegal expatriates, police said on Sunday.

They said they intervened on Saturday after foreigners rioted in the poor Manfuhah neighborhood of Riyadh, attacking Saudi and other foreign residents with rocks and knives.

One Saudi and another person, whose nationality and identity remains unknown, were killed, said a police statement carried by the SPA state news agency.

The Manfuhah district of the capital is home to many illegal migrants, mostly from east Africa.

The Ethiopian government said on Saturday it was repatriating citizens who had failed to meet the deadline of a seven-month amnesty, citing reports that an Ethiopian had been killed by police.

“They were trying to get them in the camp before repatriation and in that process… an Ethiopian has been killed with a police bullet, but we are verifying it,” foreign ministry spokesman Dina Mufti told AFP in Addis Ababa.

Saudi police said on Saturday illegal migrants in Manfuhah have been given the chance to come forward and that accommodation has been made available while their repatriation is arranged.

On Monday, the authorities began rounding up thousands of illegal foreign workers following the expiry of a final amnesty for them to formalize their status.

Those considered to be illegal range from overstaying visitors and pilgrims seeking jobs to shop assistants and day laborers working for someone other than their sponsor.

Having an official sponsor is a requirement in Saudi Arabia and most other Gulf states.

Nearly a million migrants — Bangladeshis, Filipinos, Indians, Nepalis, Pakistanis and Yemenis among them — took advantage of the amnesty to leave.

Another roughly four million were able to find employers to sponsor them, but in so doing virtually emptied the market of cheap freelance labor.

Expatriates account for a full nine million of the oil-rich kingdom’s population of 27 million. 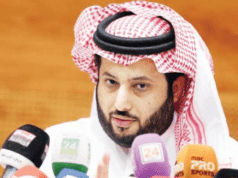 Saudi man arrested for allegedly having affairs with 1.073 women