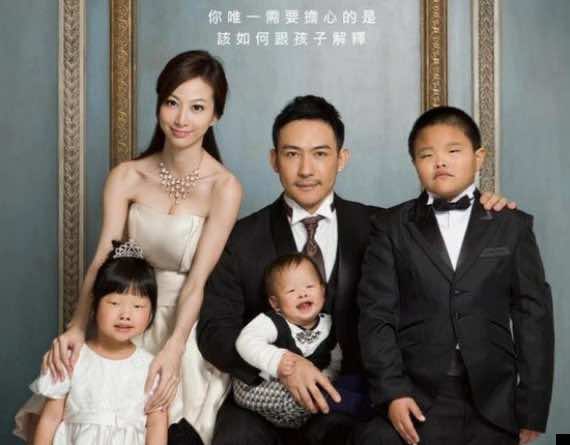 Rabat- A Chinese man had been reported to sue his wife over having “ugly kids”. The story started when the man, named as Jian Feng, and his wife had a baby girl whom he described to be “horrifically ugly”, according to multiple reports.

After doubting the baby girl may not be his based on suspicions that the wife had been having an affair, the man decided to go with a DNA test which later revealed that the “ugly” child is the man’s offspring.

When the DNA tests proved the child is his and that the wife was not cheating on him as he previously claimed, he decided to take legal actions against his ex this time on grounds of deception.

The man then allegedly sued his wife on grounds of “false pretense” after he found out, according to the same account, that his wife had spent what is worth $100,000 on plastic surgery before they tied the knot.

Feng went on with filing a suit against his wife who gave him a baby that neither looked like him nor like her mother. The judge ruled that the wife should have been told her husband about her being surgically-altered in South Korea and ordered the wife to pay Feng $120,000.

“I married my wife out of love, but as soon as we had our first daughter, we began having marital issues, our daughter was incredibly ugly, to the point where it horrified me”, Jian Feng allegedly told the Irish Times.

A picture showing what seems to be a couple with their three children was tied to the story as it went viral throughout the internet. The picture is allegedly thought to be belonging to the people in question.

Morocco World News could not independently verify the veracity of the picture.

Numerous news outlets, such the Huffington Post and Opposing Views, described the story to be a mere “hoax”.

“There has been no official confirmation of the story – which we’ve found to have been circulating sans picture, as early as 2004 – and suspicions abound it could well have been a hoax,” said the Huffington Post.

“If the sight of the first-born prompted legal action, it’s unlikely the couple would have procreated a further two times and posed for a family portrait,” it added.

Rocket News 24 claims that it is just advertising for a plastic surgery in Taiwan.

The ad features the line “The only thing you have to worry about after plastic surgery is the explaining, you’ll have to do to your children”, RN 24 added.