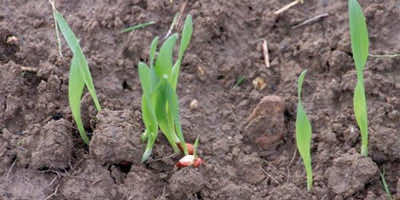 By
youssef sourgo
-
Youssef Sourgo is currently a Master’s student in Linguistic and Literary studies at Ain Chok Faculty of Letters and Humanities.
Nov 11, 2013

Casablanca- The weather in both September and October was hot and dry in most areas of Morocco. November also seems to be as dry as the preceding two months, and Moroccan farmers are increasingly worried about the detrimental effects of such delay in rainfall.

According to Albayane news outlet, the Moroccan farming community is becoming increasingly worried because of the delay in rainfall.

Farmers’ worry has been further accentuated after Moroccan weather forecasting for the next ten days has announced the lack of rainfall across all regions of Morocco.

According to the same source, Moroccan specialists in Agronomic Research contend that “it was just a delay of the first significant rainfalls and is nothing serious to panic about.”

Despite the development of research on climate change in the kingdom, it is still difficult to predict whether the agricultural season of 2013-14 will be as rainy as 2012-13 or as dry as 2011-12.

Hence, Moroccan specialists suggested that farmers should wait for the first significant rainfalls to start the sowing of crops, which will occupy more than 5 million hectares.

It is obvious that with the incessant climate change, rainfall in Morocco has become more erratic.

It is noteworthy that in the case of rain-dependent agriculture, drought risk is always possible at any time of the agricultural season: late rainfalls before planting, drought din cycle start, in middle, or at the end of it.