Cairo - Egypt detained more than 1,500 refugees from Syria, including Palestinians and 250 children, before forcing most to leave the country, Human Rights Watch said in a report Monday. 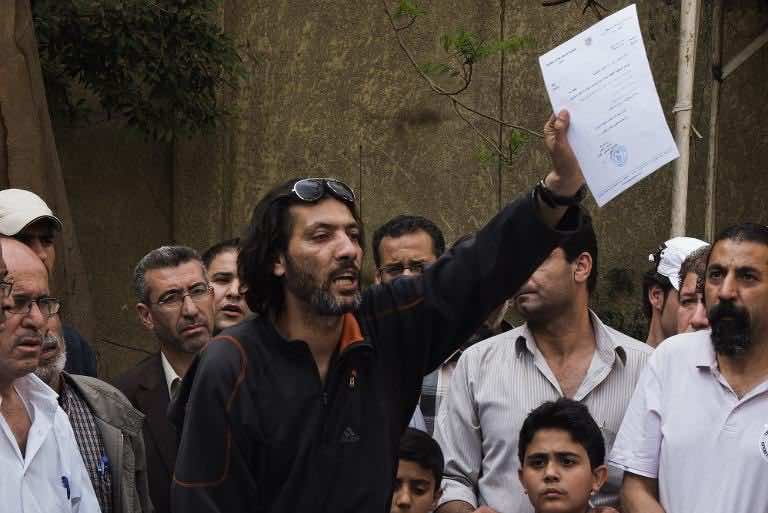 Cairo – Egypt detained more than 1,500 refugees from Syria, including Palestinians and 250 children, before forcing most to leave the country, Human Rights Watch said in a report Monday.

The New York-based watchdog said the refugees were detained for weeks and even months, and that some of the children were only two months old.

HRW said that most of the refugees who were arrested had been trying to “migrate to Europe on smugglers’ boat.”

It accused Egyptian authorities of preventing them “from seeking protection” from the UN refugee agency UNHCR and telling them to leave or face “indefinite detention”.

“Egyptian authorities tell detained Palestinians that their only alternative to indefinite detention is to go to Lebanon, where they are only permitted to legally enter on a 48-hour transit visa, or to return to war-torn Syria,” it said.

“Egypt should immediately release those being held and allow UNHCR to give them the protection they are due under international law.”

HRW says some 300 refugees from Syria, almost two thirds of them Palestinians, are still behind bars and demanded that Egypt hold accountable the security officials who ordered their detention.

The Egyptian government says some 300,000 Syrian refugees are in the country, and 5,000-6,000Palestinian refugees from Syria have also sought refuge according to UN figures.

Egypt has cracked down on refugees following the July ouster by the military of president Mohamed Morsi, amid media accusations they supported the Islamist leader.

In October Cairo authorities denied it was mistreating Syrian refugees after Amnesty International accused Egypt of unlawfully detaining and deporting hundreds of them.