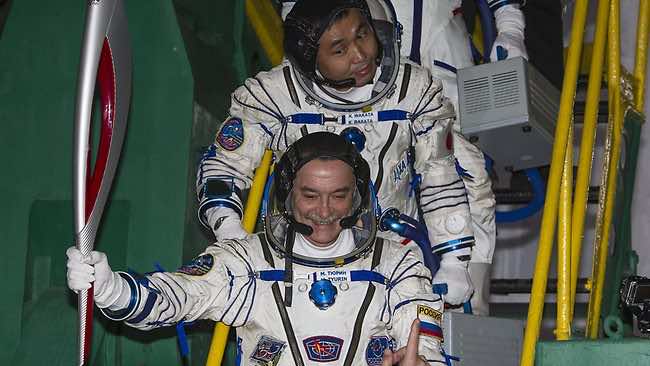 The 2014 Winter Olympics torch, which was sent to space last week, was brought back to earth on Sunday.

A rocket, emblazoned with the “Sochi 2014” logo, blasted the torch on its voyage on November 7, accompanied by astronauts Rick Mastracchio of the US and Koichi Wakata of Japan.

The torch, which started its ceremonial relay in Moscow, has covered a distance of 6000 kilometres, has stopped in more than 130 towns and been carried by over a thousand torchbearers.

Later this month, the torch will be taken to the bottom of Lake Baikal in Siberia, the world`s deepest, before being taken to Mount Elbrus, the highest in Caucasus at 5,642 metres.

The 2014 Winter Olympics will be held between 7-23 February in Sochi, Russia.