MADRID – Nearly 6,000 garbage collectors strike for seventh day against the planned layoff of 1,100 workers and 40 per cent wage cut. 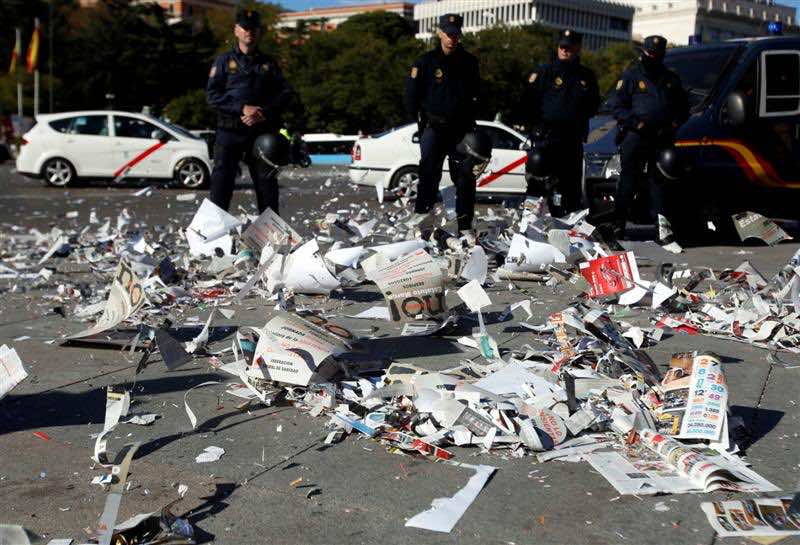 MADRID – Nearly 6,000 garbage collectors strike for seventh day against the planned layoff of 1,100 workers and 40 per cent wage cut.

Spain’s capital Madrid on Monday endured its seventh day of garbage collectors strike, which is called by trade unions to contest the planned layoff of 1,100 workers and 40 percent wage cut.

As the result of nearly 6,000 garbage collectors strike garbage dumps are present on every each road of Madrid. Municipality authorities are obtaining too many complaints especially from the schools, but they insist that “the situation has not yet reached the dimension to being a threat to the health of citizens”.

Municipality authorities, who insist that despite the strike at least 40 percent of the services must be completed, warn that they will punish the responsible ones.

On the other hand authorities have raised the number of police for the control of wastes. Since the beginning of the strike more than 260 garbage cans and 40 cars have been torched.

At the same time, sources said no progress was made in negotiations between workers’ unions and employers’ companies. “If they do not annul the decision to dismiss workers, the strike will not come to an end. Our basic demand is to preserve the workforce,” one member of Workers Commission Union (CCOO) said.