MAdrid- Barcelona boss Gerardo Martino said he will have to wait to see how serious Lionel Messi's latest hamstring injury is after the Argentine limped off after just 20 minutes of Barca's 4-1 win over Real Betis on Sunday. 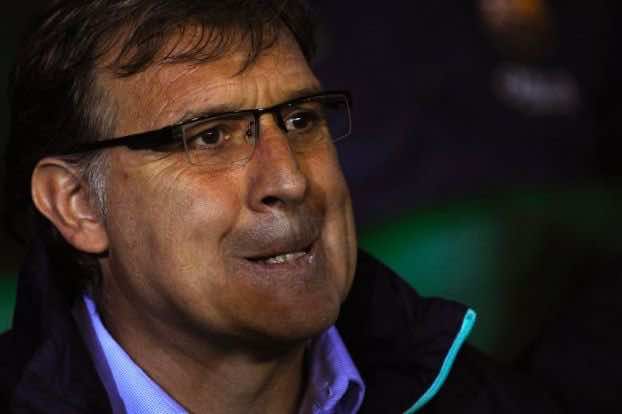 MAdrid- Barcelona boss Gerardo Martino said he will have to wait to see how serious Lionel Messi’s latest hamstring injury is after the Argentine limped off after just 20 minutes of Barca’s 4-1 win over Real Betis on Sunday.

It was the third time this season that Messi has been forced off with a muscular problem, following hamstring and thigh injuries earlier in the campaign.

However, Martino insisted the four-time World Player of the Year’s injury troubles were not related as it is his left hamstring that forced him to be replaced in Seville, whilst his previous injuries this season had been in his right leg.

“The injury to Messi doesn’t have anything to do with the previous ones because it is in the other leg.

“I don’t know anything about medicine so I will wait to see what the doctors say to me about how serious the injury is.

“We also need to speak with Leo, it is the third episode he has had in a short time so it is obviously playing on his mind.”

Despite losing Messi with the score still at 0-0, Barca cruised to victory as two goals in two minutes from Neymar and Pedro Rodriguez put them 2-0 up at the break.

Cesc Fabregas then scored twice after the interval before Jorge Molina’s stoppage time penalty salvaged some pride for the hosts.

And Martino was clear Messi’s absence can never be used as an excuse for Barca to not perform.

“Therefore, as a coach, the absence of Messi should never be used as an excuse for not winning.”

There was more worrying news for Barca on the injury front as Fabregas also limped off after appearing to injure his knee whilst scoring his second of the night.

However, the midfielder is still hopeful that he will be fit to travel with Spain for their upcoming friendlies away to Equatorial Guinea and South Africa.

“It won’t be serious, it was just a little problem that was bothering me.

“I had an injury in the same area in the past and I was out for three months so I didn’t want to force it and it was better to rest in the final 15 minutes.”

Meanwhile, Fabregas added that he understood Messi’s frustration, but that it was possibly best for his teammate to sit out a couple of weeks to recover his best form.

“Messi needs to be explosive to stand out and he needs to stop for as long as it requires to be ok.

“The same thing has happened to me in the past and it is very frustrating.”