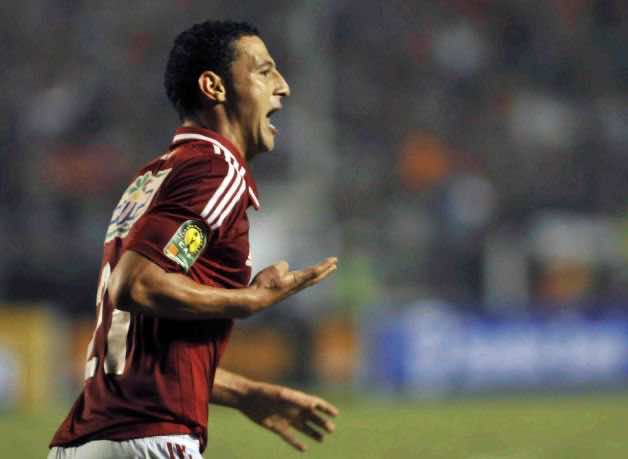 In a statement, the club said it had suspended the player and banned him from playing in next month’s FIFA Club World Cup and put him for sale.

After scoring in the game’s 77th minute, Abdel-Zaher flashed the iconic hand-sign commemorating the hundreds of protesters killed during the August 14 dispersal of a sit-in staged by supporters of ousted president Mohamed Morsi in Cairo’s Rabaa al-Adawiya Square.

The move has reignited controversy with Sports Minister Taher Abu Zeid threatening that the incident “could not go unpunished.”

The Egyptian Football Association has, for its part, announced plans to question the player over the incident.

Abdel-Zaher had told Anadolu Agency earlier that flashing the Rabaa sign did not mean he was a Muslim Brotherhood member.

He insisted it was only a gesture in memory of the victims of August’s sit-in dispersal.

The footballer was not the first Egyptian athlete to do that.

Last month, the Egyptian Kung Fu Federation barred Mohamed Youssef from contesting the 12th World Wushu Championships in Malaysia after he had worn a bright yellow t-shirt emblazoned with the Rabaa symbol while receiving a gold medal at an international championship in Russia.

Days later, his colleague Hisham Abdel-Hamid flashed the iconic sign at a training session for the Egyptian national team in Malaysia.