CAIRO – Ahmed Shahin was groomed to become an engineer but has since taken up work as a taxi driver. He doesn't find anything strange in this, especially given Egypt's turbulent post-revolution landscape – and the resultant ongoing economic recession. 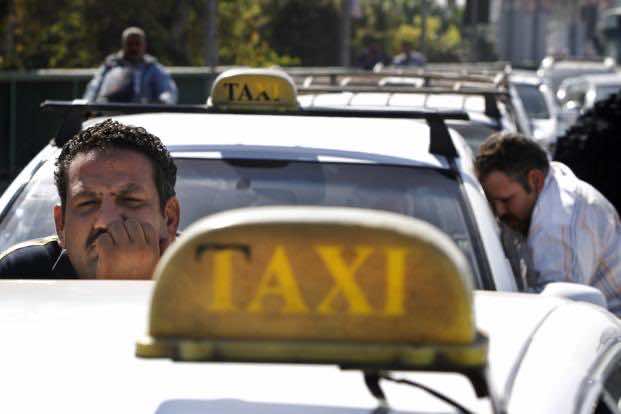 CAIRO – Ahmed Shahin was groomed to become an engineer but has since taken up work as a taxi driver. He doesn’t find anything strange in this, especially given Egypt’s turbulent post-revolution landscape – and the resultant ongoing economic recession.

“I haven’t found a suitable engineering job,” Shahin told Anadolu Agency. “All the offers I receive have nothing to do with my engineering vocation.”

He added: “That’s why I decided to turn my family’s private car into a taxi cab for a living.”

Shahin received a scholarship to study engineering abroad. But, so far, his studies have brought him little in the way of viable employment.

He has since joined a growing number of highly-educated Egyptians whose country’s deteriorating economic conditions – especially after the January 2011 popular uprising – have kept them from finding suitable jobs.

A large number of other Egyptians have also lost their jobs because of the worsening economic situation. They have either joined the ranks of the unemployed or taken jobs unrelated to their educational qualifications or experience.

Former corporate managers, engineers, accountants, even ex-journalists, are now driving Cairo cabs – all because of the worsening economy.

Mohamed Raafat’s career has taken a similar route. Having worked in the past as a restaurant manager, he now drives a taxi for several hours a day to be able to put food on the table for his children.

“I recently had to leave my job in [Red Sea resort city] Sharm al-Sheikh because my employers wanted to cut my salary in half,” Rafaat, in his mid-forties, said.

Hotels that used to boast occupancy rates of 100 percent now stand empty, destroying the prospects of thousands of workers employed – both formally and informally – by Egypt’s expansive tourism industry.

Raafat, however, still hides the reality of his work from his friends, even parking his taxi some distance from his home.

When asking friends about possible job opportunities, he never reveals that he hopes to find a job for himself.

“I tell them the job is for other people I know,” he said.

Shahin, for his part, the engineering graduate, tries to appreciate the limited opportunities afforded to him.

“For now, I’m simply doing the job that’s available,” he said. “Maybe tomorrow I’ll get another scholarship to study abroad.”

“But if this happens,” he added, “I’ll never come back – at least not before I’ve earned enough money to start a business here.”