CAIRO- Egypt claimed Wednesday it has not forced any Syrian refugees to leave the country as alleged by Human Rights Watch, adding that an entry visa requirement would soon be dropped. 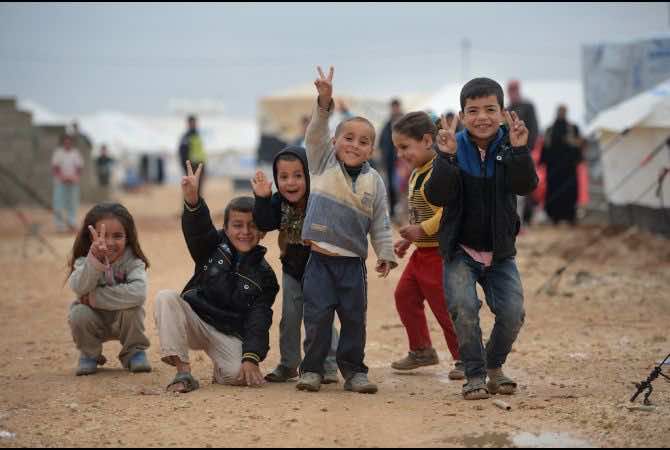 CAIRO- Egypt claimed Wednesday it has not forced any Syrian refugees to leave the country as alleged by Human Rights Watch, adding that an entry visa requirement would soon be dropped.

“No Syrian refugee is made to depart from Egypt unless they have been proven to have entered the country through illegal immigration, an action contrary to Egyptian law,” a government statement said.

“The practice in these cases is for the departing individual to choose their destination, without being forced to leave or being returned to Syria.”

RW said Monday that Egypt detained more than 1,500 refugees from Syria including Palestinians and 250 children, before forcing most to leave the country.

The New York-based watchdog said that most of the refugees who were arrested had been trying to “migrate to Europe on smugglers’ boats.”

It accused Egyptian authorities of particularly targeting Palestinians fleeing from the Syrian war by preventing them “from seeking protection” from the UN refugee agency UNHCR and telling them to leave or face “indefinite detention.”

HRW says some 300 refugees from Syria, almost two thirds of them Palestinians, are still behind bars and demanded that Egypt hold accountable the security officials who ordered their detention.

Dismissing HRW’s claims, Egyptian authorities said “dictating the coerced departure of Syrians from Egypt” was not an official state policy.

“Syrians live naturally in Egypt and have integrated into Egyptian society, which is reflected by the fact that there are no camps in Egypt for Syrian refugees or displaced Syrians,” the statement said.

“The content of the report is wholly inaccurate, deliberately implying that Syrian refugees in Egypt suffer difficult conditions, which is inaccurate.”

It said more than 320,000 Syrian refugees have arrived in Egypt since 2011, bringing the total number of Syrians residing in the country to 750,000.

“It is thus unreasonable to pass judgment on the situation of Syrian refugees in Egypt by shedding light on individual cases with the intention of generalising,” the government said.

Cairo said it would soon reverse its decision to demand entry visas for Syrians.

“This is an exceptional, circumstantial, and temporary decision, and is expected to be reversed as soon as the security situation subsides,” it said.

It also said Syrians in Egypt would be granted the same “privileges as Egyptians when it comes to health and education.”