MADRID - The UN World Tourism Organisation said Wednesday it has signed an agreement with Libya to help the war-ravaged country, which is trying to become less reliant on energy exports, develop its tourism sector. 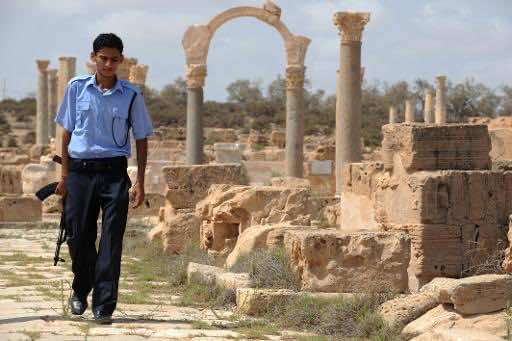 MADRID – The UN World Tourism Organisation said Wednesday it has signed an agreement with Libya to help the war-ravaged country, which is trying to become less reliant on energy exports, develop its tourism sector.

Under the agreement the Madrid-based UNWTO will provide technical support to help the Libyan government develop a tourism strategy and update the laws
governing the sector, the organisation said in a statement.

“This agreement is a very positive step in reviving Libya’s tourism sector and affirms UNWTO’s commitment to Libya during this time of national rebuilding,” the agency’s Secretary-General and former tourism minister of Jordan Taleb Rifai said in the statement.

“Tourism will enhance the country’s global image and contribute to its sustainable economic growth and development,” added Rifai, the first Arab to run the UN body.

But Libya’s new authorities have struggled to impose order since NATO-backed rebels overthrew and killed veteran dictator Moamer Kadhafi in 2011 as many ex-rebels have banded into militias and carved their own fiefdoms in a country awash with weapons looted from Kadhafi’s arsenal.

“Libya has great potential for tourism, it was a tourism destination in the 60s and we want to prioritise rebuilding the country’s tourism sector. Tourism provides great opportunity for investment and employment and will give a better face for Libya,” said Libyan Tourism Minister Ikram Bash Imam.

“By joining hands with UNWTO, we will work to implement our plan for sustainable tourism development,” he added.