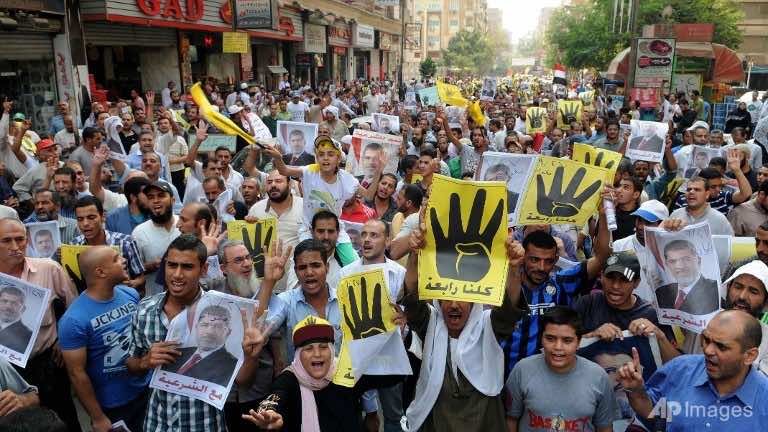 The official MENA news agency reported the protesters were convicted of attacking the headquarters of the Islamic Al-Azhar institution during the protest.

The men were arrested after protesters in October tried to storm Al-Azhar’s offices, which supported the military’s overthrow of Morsi.

More than 1,000 people, most of them Morsi’s supporters, have been killed in clashes with police since his ouster in July.

Thousands have been arrested, with many going to trial.

Morsi himself is on trial for alleged involvement in the killings of opposition protesters outside his palace.