Rabat - Morocco has reportedly been emerged as a strong contender to join the Formula One calendar. 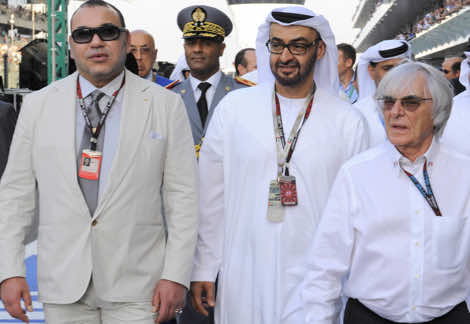 Rabat – Morocco has reportedly been emerged as a strong contender to join the Formula One calendar.

Germany’s Bild newspaper reported that Formula One chief executive Bernie Ecclestone revealed in London this week that he has just completed a new F1 contract worth $600 million.

Reports suggest that Morocco might be behind the deal and a future candidate to host an F1 Grand Prix especially after the recent Abu Dhabi Grand Prix where F1 chief executive was seen with King Mohamed VI.

“The most likely possibility seems to be that the deal is for a Grand Prix in the North African country of Morocco”, Christian Sylt, a leading F1 business writer, wrote on Autoweek magazine.

Casablanca is reported to be the potential location for an F1 Grand Prix if it will ever land in Morocco.

Morocco’s economic had already hosted an F1 Grand Prix back in 1958.

So far, Africa is now the only continent not represented on the current Formula One calendar.