Smara, Morocco - MWN had the honor of interviewing Dr. Abdellah Elhaloui, a Moroccan university scholar and leader, and a writer of many books and articles. 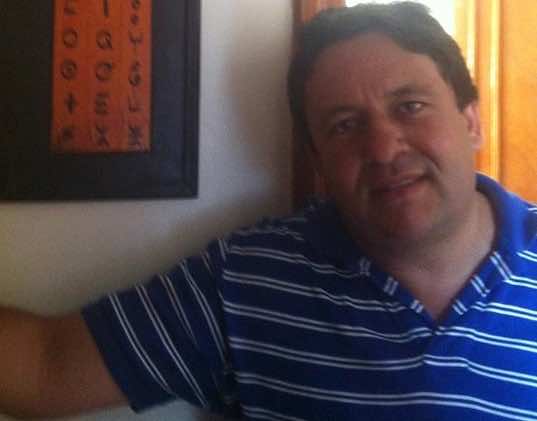 By
rachid khouya
-
Rachid Khouya is a teacher of English in Es Smara city, south of Morocco.
Nov 14, 2013
Spread the love

Smara, Morocco – MWN had the honor of interviewing Dr. Abdellah Elhaloui, a Moroccan university scholar and leader, and a writer of many books and articles. 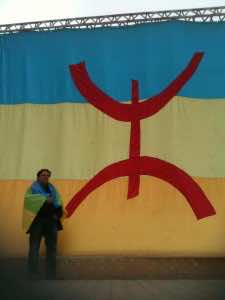 Dr. Elhaloui was born in Rabat in 1970. He studied in Marrakesh, and obtained his PhD at Mohammed V University. Today, he is a professor at Cady Ayyad University, the Library Manager and the Director of the Marrakesh American Corner and father of Adam and Anir.

Some of his books include: Ontological Analysis Program (2005), Towards an Ontologically Based Syntax (2008), The Imperfection of the Ethos (2006), An Initiation to Linguistics: a Moroccan Perspective (2012) and An Introduction to Illocutionary Acts (2013).

In this interview, Dr. Elhaloui gives his opinion about different issues that concern our educational system, universities, values, culture, and democracy and Moroccan identity in its richness and diversity, especially Amazigh indentity.

In brief, Dr. Elhaloui is a great example of those Moroccan intellectuals who work in silence and who believe in the role of reading and education in building a society of knowledge and information.

MWN: First of all, building societies take place within the ‘factory’ of schools, as a man of education, how do you see Moroccan schools?

Dr. Elhaloui: I see it in the light of what I believe schools must do. School is the place where citizens learn, where students are prepared to produce knowledge in the future, and where individuals are empowered to adapt productively to their socio-economic context. If the Moroccan school falls short of these ultimate goals, then I should wonder if I have any other good reason to be happy with it!

MWN: Since Independence, Moroccans have been waiting for the right man and the right decisions to reform our educational system. Governments and ministers of educations have come and gone, but the reform has never taken place. In your opinion, where is our problem with reforming our schools, in particular?

Dr. Elhaloui: The situation of our educational system is complex, but we should not fail to see the key issues in it. The head of wisdom in my opinion is to be clear about what we want to do with school. Redefining the educational problem in terms of the ultimate goals we want to attain is not only a good managerial approach but also the only way out of the murky situation to which unwise decisions have taken us. A good school has three ultimate goals to attain: helping students to learn, preparing them to produce knowledge (not just consume it) and empowering them to be successful in their lives (career being a part of it). Knowing how to meet these goals is a prerequisite for any good reform agenda.

MWN: As a university teacher, how do you describe the actual situation within our universities? Are you satisfied with the way things are managed inside university? 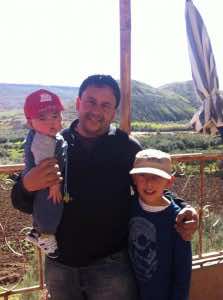 Dr. Elhaloui: The situation of the university is different from that of schools in only one thing: It’s worse! The university receives students after primary, secondary and high schools have already destroyed their natural creativity and tendency to act relevantly. Infrastructure, logistic and administrative problems, for which the university is notoriously known, do not define the university’s problem but only contribute to it. The ultimate problem is simply that the ultimate goals (I defined above) are not even clearly recognized as ultimate problems. Crudely, the problem is that decision makers do not know what the real problem is.

MWN: Normally, the main mission of university is to empower youth and enable them to face the future challenges and to produce a generation of leaders and good citizens. Do you think we have succeeded, as a society and as a nation, in achieving these objectives?

Dr. Elhaloui: “Leaders” … that is the key word here. Heidegger once defined the university as a leader-producer. Positive bankruptcy is when an institution does everything except for what it is there for. In the sense, I believe that the university is positively bankrupt.

MWN: The news that come from universities talk about the widespread of violence, racism, drugs, prostitution, laziness and other uncivil behaviors. Why this black picture about our universities and university students?

Dr. Elhaloui: If an institution is positively bankrupt, people will tend to exaggerate its shortcomings. The “black picture” exists everywhere in society but because the university is expected to be a value-maker and knowledge producer but does not meet these expectations, people will tend to attribute it to all that the Devil is doing in the world.

MWN: You are among the defenders of Amazigh culture, is there a real political willingness to teach and revive Amazigh language and culture in Morocco?

Dr. Elhaloui: Just to clarify, I am not “a defender of the Amazigh culture”, but rather a defender of the Amazigh identity (Timozgha) of North Africa. My vision and call are so simple: North Africa’s identity has been influenced by different identities but has one ROOT-identity that is still operational in all aspects of our linguistic, anthropological and toponymical realities. It’s impossible for our nation to move towards a prosperous future if we don’t rediscover our authentic identity. Being original, being autonomous, being self-accepting, being tolerant, being self-motivated are civilizational virtues that require sharp self-awareness. In this sense, Timozgha is not only a past we want to celebrate but also a prosperous future we want to shape.

MWN: The world is talking about an Arab Spring while others are talking about Amazigh Spring, what do you think about this ‘myth of springs’?

Dr. Elhaloui: I’d rather say it’s a “FREEDOM dream” in countries where dreaming freely is still looked at with some suspicion. Despite the atrocities that this political change has brought about in some countries (which have certainly casted some doubt on our former unreserved appreciation of it), I still believe that it has given the ultimate proof that slavery is not only a bad choice but also an ontologically impossible option. We are now freer … we just want to decide what do with the freedom we’ve gained.

MWN: Are we ready to accept and practice democracy? Why do all attempts to democratize the Arab world end up bringing dictatorship, terrorism, war and bloodsheds?

Dr Elhaloui: One of the ways in which we hinder democracy in “the Arab world” – so called- is that we call it an “Arab world”! The “Arab world” is a geography that is not there. If what we mean here is Tamazgha (what the pseudo-wisdom calls “North Africa”), then my answer is this: Yes we are ready to practice democracy. The civil societies in places like Morocco and Tunisia have proven through recent events that we will no longer allow someone to decide for us!