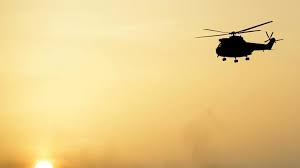 Rabat- Foreign ministers from countries across the Sahel and Maghreb gathered in Rabat on Thursday to look for ways to boost border security and confront Islamist linked-violence plaguing the vast desert region.

Senior officials from the United States, Britain and France are also due to attend the conference, which Morocco’s Communication Minister Mustafa Khalfi said aimed to “reinvigorate” regional cooperation, giving special attention to developments in Mali and Libya.

Mali is still suffering deadly attacks by Islamist insurgents some 10 months after France launched a military operation against Al-Qaeda-linked groups occupying the north of the country, where two French radio journalists were executed at the beginning of November.

“The intervention in Mali did not resolve all the problems, and the threat is still there,” French foreign ministry spokesman Romain Nadal said ahead of the Rabat conference.

Security officials now warn that the vast deserts of southern Libya are becoming the latest safe havens for the militants who fled neighbouring Mali.

Tripoli, which hosted the last regional conference on border security in March 2012, has struggled to impose order since the NATO-backed rebels overthrew and killed veteran dictator Moamer Kadhafi in 2011.

Delegates at the last meeting adopted an action plan on regional cooperation aimed at boosting coordinated efforts to combat terrorism, illegal immigration and organised crime, including drug and arms trafficking.

But Islamist-linked violence that has rocked the region since then, including in neighbouring Tunisia and Algeria, highlights the need for ever greater efforts.

The Rabat conference, which 17 countries are due to attend, will examine the “implementation” of the Tripoli action plan, in order to strengthen border security across the region, the organisers said on Wednesday.

A declaration will be adopted at the end of the meeting.

Reflecting the difficulty of closer regional cooperation, Algeria’s Foreign Minister Ramtane Lamamra is not expected at the conference following a major diplomatic ruckus with Rabat over the Western Sahara, a conflict that has long divided the Maghreb arch-rivals.

Despite their vying for influence among African allies, Algeria remains a security heavyweight in the region, and shares long, porous borders with Libya and Mali.

The ongoing cross-border security threat in the Sahara was most starkly illustrated in January this year when Islamist gunmen overran a gas plant in the Algerian desert.

At least 37 hostages of different nationalities were killed in the four-day crisis, which ended bloodily when Algerian commandos stormed the plant.

But a senior Moroccan government official told AFP that the two countries were not even cooperating on illegal migration, a major problem for Morocco, which is used as a transit country for sub-Saharans heading north.

Addressing this issue will be a key focus of the conference, with memories still fresh of two recent shipwrecks that claimed more than 400 lives off the Italian island of Lampedusa.

As part of its own efforts to manage the migration problems it faces, Morocco this week unveiled “exceptional” measures to give official papers to some of the estimated 25,000-40,000 illegal immigrants in the country.

Conflicts in the Sahel region have merely fuelled the flow of sub-Saharan Africans seeking to cross the Mediterranean in the hope of a better life in Europe.

Speaking in the Malian capital last week, UN chief Ban Ki-Moon said that to help the people of the Sahel, an approach was needed that joins up political, security, development and humanitarian efforts throughout the region.

Eleven million of the 80 million people living in Sahel states lack sufficient food, the region has suffered three severe droughts in a decade and it is awash with weapons.